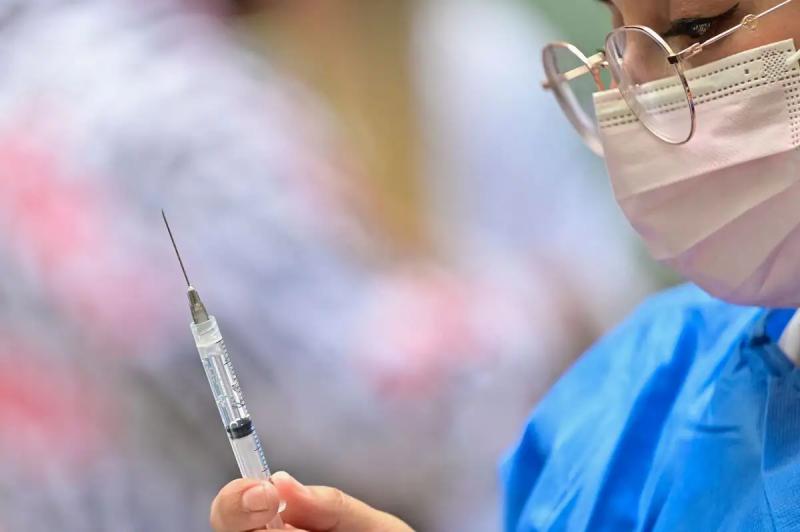 Europe is currently experiencing a seventh wave of COVID-19, which is largely explained by the immune escape of new variants, i.e. a strong capacity to resist protections induced by vaccination and previous infections.

In Quebec, the increase is not yet as marked, but the number of cases and hospitalizations has also rebounded in recent weeks ( see below).

In question, a relaxation of sanitary measures, but also a drop in immunity.

“People who contracted an infection by Omicron BA.1 in December are less well protected than they were not at the beginning of the year”, summarizes to AFP Samuel Alizon, research director at the French research center CNRS.

“The same goes for the immunity conferred by vaccines: even if it remains very robust against severe forms, it decreases a little against less severe infections,” he adds.

Subvariants of omicron in question

This new wave in Europe is also explained, according to the scientists, by the progression of new sub-variants of Omicron, BA.4 and especially BA.5 .

Despite an increase in COVID-19 cases in Europe, famous nightclubs in Ibiza, Spain, such as Pacha here, reopened in mid-June after being closed for more than two years in cause of the coronavirus pandemic.

In France, according to the latest bulletin from Public Health France, a gradual replacement of BA.2 has been observed for several weeks with an increase in the detection of BA. 5 (41%) and BA. 4 (6%) the week of June 13 to 19.

These sub-variants spread all the more quickly as they seem to benefit from a double advantage of contagiousness and immune escape, c that is, a strong ability to evade the immune response.

It was long thought that an infection served as protection, at least for a while. But with the Omicron family, it seems that is not the case, underlines a study by Imperial College published in mid-June in Science.

Scientists have analyzed blood samples from over 700 healthcare workers in the UK. All had received three doses of the COVID-19 vaccine and had been infected with the historical strain or variants.

Raise the level of protection

“We are faced with highly contagious variants, which are a bit like stealth agents passing below the radars of immune defenses; it is a real complexity of the Omicron band”, underlined last week Gilles Pialoux, head of service at the Tenon hospital, in Paris.

These variants “very contagious require that we increase the level of protection for the most fragile,” he added.

For most European countries, the top priority is that the elderly and immunocompromised receive a second booster dose.

… and increases in Quebec

THE NUMBER OF CASES HAS DOUBLE

The number of cases listed has almost doubled in Quebec since the beginning of the month. The Ministry of Health reported some 1,000 cases on Monday, compared to around 550 new cases on June 1. During this same period, the test positivity rate increased from 7.0% to 11.6%. Remember that only “priority people” can go to the screening center, in particular health care workers.

The number of hospitalized patients with COVID-19 has also been increasing for several weeks. It rose from 1105 on June 1 to 1226 on June 27, up 11%. This figure is almost 10 times higher than last year (124). As for intensive care, the number of patients has increased from 24 to 36 since the beginning of the month, against 31 last year. Note that more than half of positive patients were admitted for a reason other than COVID-19.

The number of deaths caused by the disease has been stable since the beginning of the month. On June 1, Quebec deplored an average of 4 deaths per day, while on June 17, the moving average was three deaths. At this time last year, Public Health reported about two deaths per day. It should be noted that the elderly are still the most affected: last May, 84% of the dead infected by the coronavirus were 70 years old or over.

THE FOURTH DOSE IN SLOW DOWN

The administration of a fourth dose of vaccine has slowed considerably over the past month. At the moment, some 2,000 fourth doses are being injected daily, compared to around 5,500 doses per day in the week of May 22. Only 15% of the Quebec population has obtained the fourth dose (or second booster dose), which adults can receive three months after their third dose. At the beginning of May, the national director of public health, Luc Boileau, had indicated that waiting until the end of the summer before receiving this dose was “a perfectly valid way of doing things”, even “a good idea”.