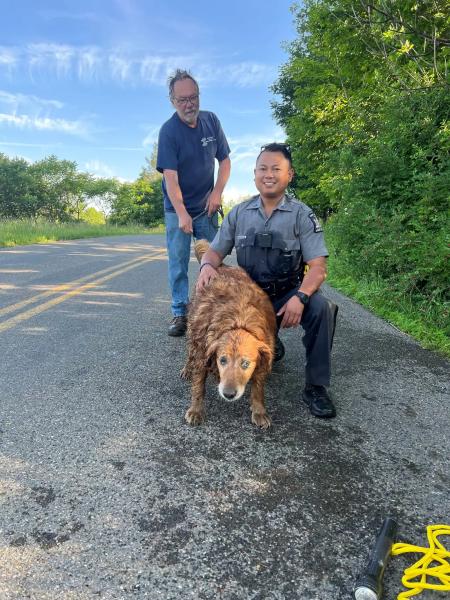 A 13-year-old dog missing for four days was rescued by a police officer who went way beyond his job description.

According to reports from the Daily Mirror, Lilah, an elderly golden retriever, had been missing for four days before her owner heard her moaning in the distance.

Two Conklin City officers, in New York State, were called to help the dog stuck in a culvert.

After failing to entice the dog with cheese and peanut butter, Officer Jimmy Rasaphone ducked into the tunnel to rescue the beast by pulling on its collar.

While the pooch was in poor condition after his rescue, he is now safe with his master. The New York Police Department highlighted the compassion of its officers on its social networks in a post that has gone viral.

Trooper “Jimmy” Rasaphone rescued 13-and-a-half-year-old Golden Retriever Lilah after she got stuck in a culvert pipe. The Trooper attached a rope to her leash and crawled about 15-feet into the pipe to find Lilah. He and the owner were able to pull her to safety. pic.twitter.com/ZwKlBkWv9k