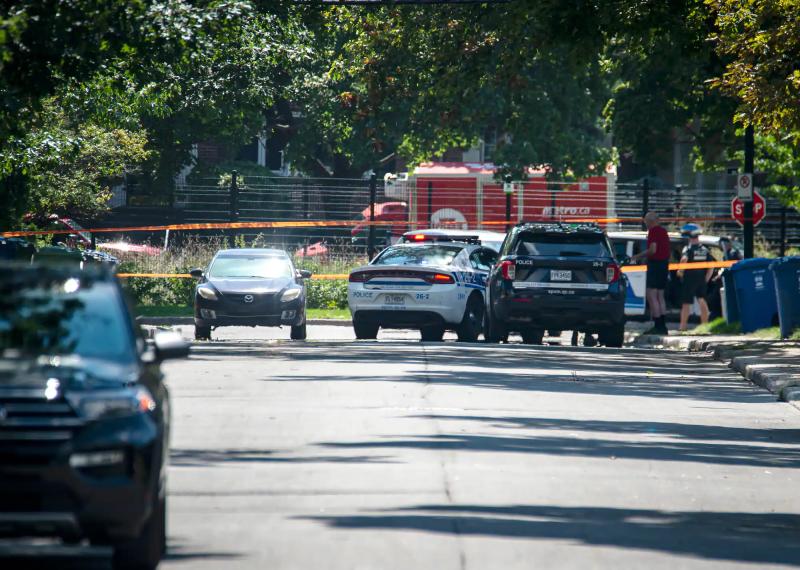 The 44-year-old man shot and killed at the Rockland Mall on Tuesday afternoon was believed by police to be a major cocaine importer who was doing business with Mexico's dreaded Sinaloa Cartel.

The name of Maxime Lenoir is on file by the police on a list of approximately 70 alleged drug importers that the police have identified in Quebec, according to police documents to which our Office of survey got access.

Around 1 p.m. on Tuesday, Lenoir became the sixth cocaine importer shot to death in three and a half years in the Montreal metropolitan area.

Information collected by the police describes him as an “influencer” underworld, both close to the Italian mafia – for its links with two other coke importers associated with the Rizzuto clan – and the Hells Angels.

The Crown has already portrayed him before the Superior Court as “a friend” of ex-Hells leader Salvatore Cazzetta.

Ex-Hells Angels leader Salvatore Cazzetta is a friend of the victim.

According to our sources, Lenoir, who had no criminal record, got his supplies from the cartel of Sinaloa, renowned for being ruthless in the event of a glitch with its business partners.

The authorities suspect him of having traveled to South America to deal in kilos of cocaine with contacts of this cartel once led by El Chapo.

This black series targeting cocaine importers began with the murder of Philipos Kollaros, then linked to the Sinaloa Cartel, in November 2018.

In 2019, the Criminal Intelligence Service Canada (CISC) feared an increase in settling scores linked to Mexican and Colombian cartels, which are the source of “almost all the cocaine” imported here.

Furthermore, the SCRC anticipated that Mexican cartels would attempt a breakthrough to expand their position in the Canadian methamphetamine market. Coincidence or not, Lenoir was also suspected of being involved in the production of this synthetic drug.

Images of the methamphetamine laboratory linked to Maxime Lenoir and dismantled by the police in June 2020, in Danville, Estrie.

In June 2020, the Sûreté du Québec identified him as the alleged head of a methamphetamine manufacturing network whose laboratory was dismantled in Danville, Estrie.

The police searched his residence in Terrebonne, but Lenoir had not been arrested.

The Montreal police are still investigating to find the perpetrator of Tuesday's murder and to determine the motive.