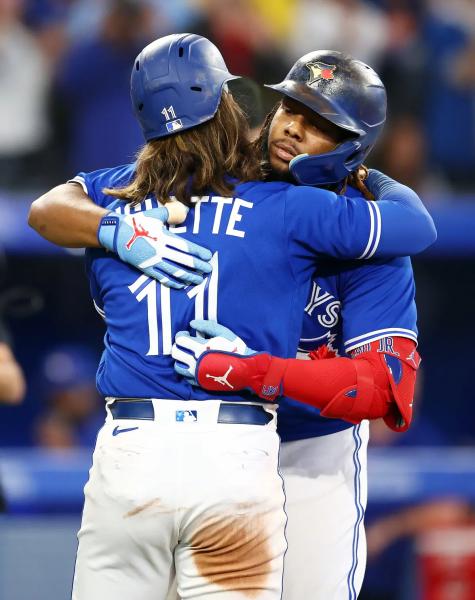 With players in great shape both at the plate and on the mound, the Toronto Blue Jays posted a fine 9-0 win over the Boston Red Sox on Friday night at Rogers Centre.

Alex Manoah (16-7) was the winning pitcher after allowing just two hits in six innings of work. Equally impressive was Yusei Kikuchi's save, his first of the campaign, who struck out five opponents in three innings while only giving up one strike to the safety spot and a free pass.

The Jays were also dominant on offense with three homers, including Vladimir Guerrero Jr.'s 31st, a two-run bomb to left field in the third inning. Raimel Tapia and George Springer followed suit later by driving balls out of bounds.

Bo Bichette scored Toronto's last run on an eighth-round single at bat. The shortstop set a franchise record with a 48th hit in a month. The mark of 47 belonged to Tony Fernandez (1986) and Lloyd Moseby (1983).

It was not very glorious on the mound for the Sox. Nick Pivetta (10-12), who started the game, was imprecise in his shots. His six hits and three walks allowed in five innings led the Jays to four runs. His relievers Tyler Danish and Franklin German only made things worse.

The two teams will meet again on Saturday and Sunday.