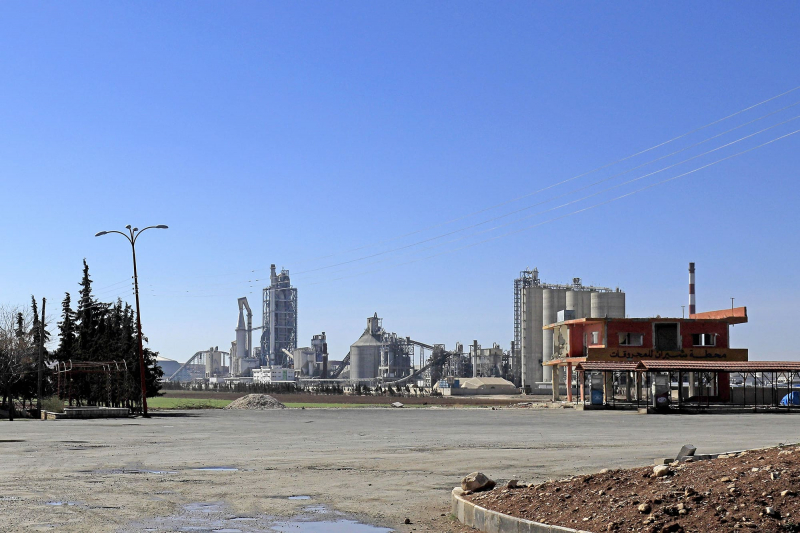 Lafarge, a cement giant linked to the Quebec Desmarais family, has just pleaded guilty in the United States to a charge related to the secret financing of the terrorist organization Islamic State and agrees to pay more than a billion to avoid a trial.

This is a first on American soil for a company to be accused of terrorist financing.

This was announced yesterday by the American authorities during a press conference in which the main elements were picked up by major media around the world.

The giant agreed to pay a fine of US$778 million (CAD$1.07B) and to plead guilty in order to put an end to to the US Department of Justice (DOJ) investigation into Lafarge SA and its former Syrian subsidiary, it has been announced.

“The guilty pleas by multinational conglomerate Lafarge and its Syrian subsidiary reflect economic crime that has hit a new low and is in a very dark place,” said Lisa O. Monaco, Deputy Attorney General of the United States. United States, at a press conference.

According to information released yesterday, Lafarge paid the Islamic State (IS) group and another terrorist organization, the Al-Nusra Front, in exchange for permission to operate a cement plant in Syria built at a cost of US$680 million. (933 M$ CAD). This agreement enabled the company to reap revenues of US$70.3 million (CAD $96.5 million) during the war.

Paul Desmarais Jr., was one of directors of the company at the time of the alleged facts.

Lafarge was administered in particular by Quebecer Paul Desmarais Jr. at the time of the charges against him, between August 2013 and October 2014.

A holding company linked to the Desmarais family, GBL, was also one of Lafarge's main shareholders at the time.

The American investigators were able to get their hands during their investigation on an email in which the management of Lafarge discusses how she can split the “cake” with the Islamic State. The cake is a “sinister reference to the profits Lafarge planned to reap from its illicit partnership,” prosecutor Monaco claimed.

Recall that the images of the beheading by ISIS of journalist James Foley in the summer of 2014 had gone around the world and aroused horror all over the planet.&nbsp ;

“During that same summer, Lafarge was in business with the Islamic State, guaranteeing profits and market share and capitalizing on the brutality of the group”, pointed out yesterday the prosecutor Monaco .

The US authorities also indicated that company officials had tried to hide incriminating emails from US investigators and that Lafarge did not cooperate in the investigation.

“Companies should have policies to allow retention and disclosure on third-party messaging systems. Lafarge had none. Nevertheless, through the efforts and ingenuity of our agents and prosecutors, we were able to locate the incriminating emails that Lafarge executives had attempted to hide from the system,” the US Attorney said.

The Lafarge affair a few dates

Possible charges in France too

Having registered a guilty plea in the United States to settle an investigation into its activities in Syria, the giant Lafarge is still facing very heavy reproaches in France in connection with the same affair.

Last May, the company again failed to have possible charges of crimes against humanity quashed.

The Paris Court of Appeal then confirmed the indictment for “complicity in crimes against humanity” of Lafarge regarding its activities until 2014, in Syria.

The company, which merged with the Swiss Holcim in 2015, then indicated in a press release that it disagreed with the decision rendered and intended to appeal.

Two of the qualifications retained in May against Lafarge, ” complicity in crimes against humanity ” and “funding of a terrorist enterprise”, are very heavy. Power Corporation spokesperson, Stéphane Lemay, did not respond to our messages at the end of the afternoon to obtain a comment from Paul Desmarais Jr. in connection with the litigation.

Recall that our Bureau of Investigation had already reported in 2018 that Paul Desmarais Jr. was interrogated and wiretapped by Belgian police, at the end of 2017, as part of an investigation into alleged payments by Lafarge to the State Islam.

In 2017, searches also took place at the Paris headquarters of Lafarge, as well as at GBL (a holding company linked to the Frère and Desmarais families) in Brussels.