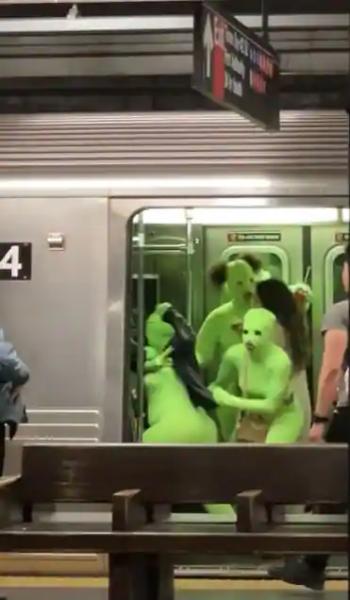 Four women dressed as green goblin, who brutally attacked two 19-year-old women on a Manhattan subway train, have been identified by authorities, who are actively looking for them. < /p>

Emily Soto, 34, along with Mairam Cisse Issouf, Ciante Alston and Dariana Peguero, all 26, are among the suspects, chief investigations officer James Essig said.

On October 2, the four women, accompanied by two other friends, allegedly violently attacked two other women who were traveling in the metro Times Square, New York.

Dan s the video taken by a dismayed bystander, some members of the group can be seen hitting and shoving the victims.

Some members try in vain to keep their friends away for long minutes.

Victims had a cell phone and purse stolen, police said .

The strange group fled the scene after the attack. Police have not identified the other suspects, reports the New York Post.