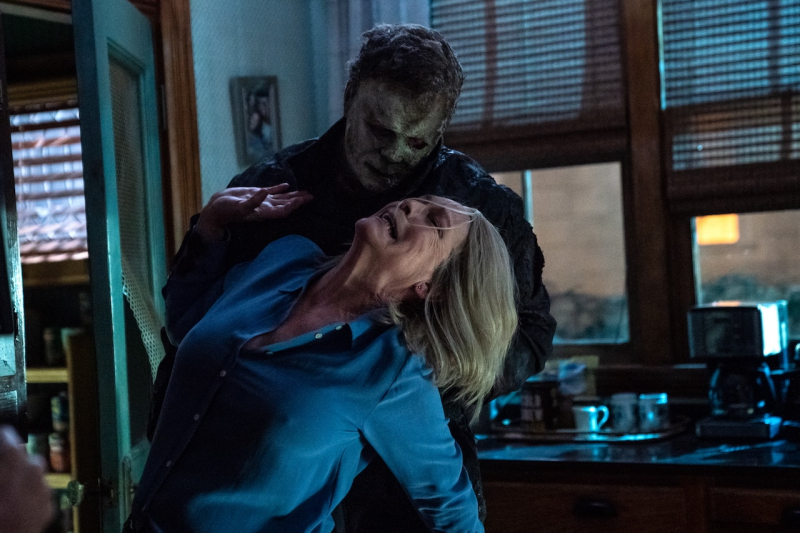 Horror fans can breathe a long sigh of relief. Not because Halloween Ends is good, quite the contrary. But because filmmaker David Gordon Green has now completed his trilogy, Michael Myers can finally rest in peace.

To put it bluntly and bluntly: Halloween Ends is bad. Very bad, even. However, it was believed – very naively – that David Gordon Green had hit rock bottom with Halloween Kills last year. Nope.

The filmmaker goes even lower, rebuffing the famous – and once glorious – saga even further with an absolutely pitiful thirteenth entry.

We find here the eternal heroine Laurie Strode four years after the events of Halloween Kills. Since Michael Myers is probably missing, she decided to rebuild her life by freeing herself from fear and the past; she's traded self-defense and armored locks for knitting, writing a book, and the pumpkin pies (yes, yes!) she bakes for her granddaughter, Allyson.

< p>Because Laurie Strode now celebrates Halloween with enthusiasm. And insistence, even, something that is difficult to understand. But we all know that Michael Myers never went very far. Lurking in the sewers, he was simply waiting for the moment to reappear. And it is obviously in October that he chooses to do it.

Difficult to say more without revealing the ambitions – laudable, but failed – of David Gordon Green for the last chapter of his macabre trilogy. We would be remiss to say too much, thus risking depriving moviegoers of any hint of fleeting pleasure in our dark rooms. But we can still say that it is frankly distressing to see Jamie Lee Curtis struggling with a denatured character whose every line rings hollow and false.

In fact, we have lost count of the sighs pushed throughout the endless 110 minutes of Halloween Ends. The conclusion is therefore as obvious as it is difficult to admit: it is high time for Michael Myers to bow out. Because the last few years have only allowed him to tarnish our memories of his butcheries in the streets of Haddonfield.

Hollywood being what it is, another filmmaker could very well decide to resuscitate Michael Myers in the more or less near future. Let's just hope that this hypothetical return will be done with more skill, finesse and thrills, three elements that are sorely lacking in the works of David Gordon Green.