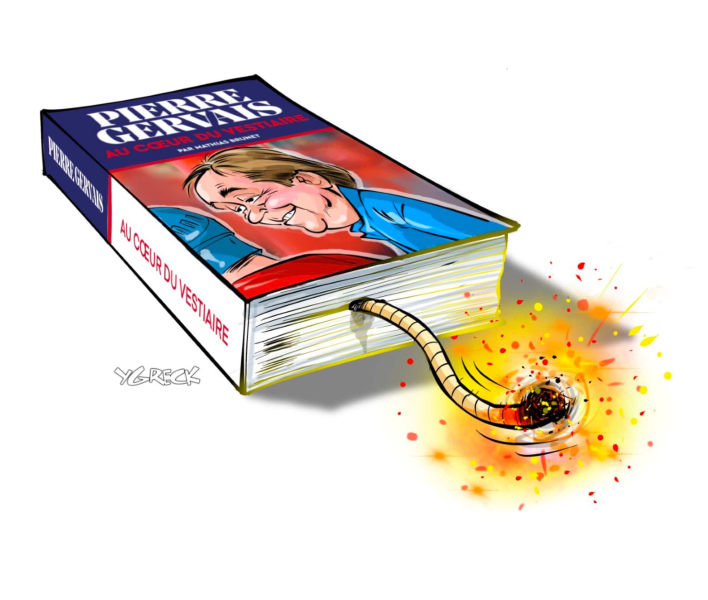 By the way, Eddy Palchak must be turning in his grave, but hey… We can write what we want, but skinning Dominique Ducharme in such a way is gratuitous, awkward and unnecessary.

Already the Montreal Canadiens organization had given a serious blow to the beautiful, honest and progressive coaching career of a guy from our country. Pierre Gervais and Mathias Brunet could have thought more and not added to it. It's starting to look like relentlessness.

Dominique Ducharme has a more than respectable track record and the trainer feels he didn't own his room, is debatable.

When this team was handed over to the young coach, it was crooked, in an unhealthy, toxic atmosphere.

Only a few months later, the same club eliminated Toronto, Winnipeg , Vegas, and made it to the Stanley Cup Finals. If Montreal didn't win the big trophy, it's certainly not because of Ducharme.

In this epic, it was indeed he who led the training, built the trios, the duos, prepared the training sessions, developed the strategies and competed in quick succession against rival instructors. He coached like a great man.

Yes, in some teams, the trainer can know the pulse of the players, but he is also the ear of the brawlers. Caution.

Many have already said that Scotty Bowman led packed teams controlling only his third and fourth lines, others argued that, under Jean Perron, it was Gainey and Robinson who led the team. In the same vein, it was argued that Jacques Demers was just a cheerleader.

If you've ever led a team, you know it's not a popularity contest.

Being popular with your players and making the club win are two very different things and, in many cases, not necessarily compatible. You've sharpened that skate too much, Gerv. It happens, and good luck anyway.

I never would have believed it and neither would you. Thursday, at Place Bell in Laval, Kim Clavel will confirm an incredible turning point in the world of boxing. Because the final of this December 1st is all female and, for the first time in Quebec, a gala offers three fights between women and as many between men.

Kim is already world champion of the WBC des mid-fly since last July and it will not stretch the sauce. She will not rest.

Immediately, starting this week, she will face the one that BoxRec depicts as the number one in the world, holder of the WBA belt at 108 pounds, the Mexican Yesica Nery Plata. We are going right away for a unified title.

Yvon Michel gets carried away: “Kim is currently the most popular boxer in Quebec, regardless of gender. She has everything. She is fast, aggressive, pugnacious, and what a showmanship!

Thursday's final might be the best women's fight ever.

Two world tops at the top of their game and don't think that it's won in advance. Kim Clavel is highly respected worldwide, but in this clash, she is not the favorite and she knows it.

4000 people are expected to cheer on Kim Clavel, whom Yvon Michel describes as the future Lucian Bute of Quebec boxing.

“Yesica Nery Plata didn't have to come and defend her title here, but we got money, a lot of money… says Yvon Michel.

Danielle Bouchard, Kim's trainer, and Stéphan Larouche, their special adviser, firmly believe that by the end of Thursday evening, Kim Clavel will be on top of the world.

Clavel, that Time Magazine described it as “the next generation leader”.