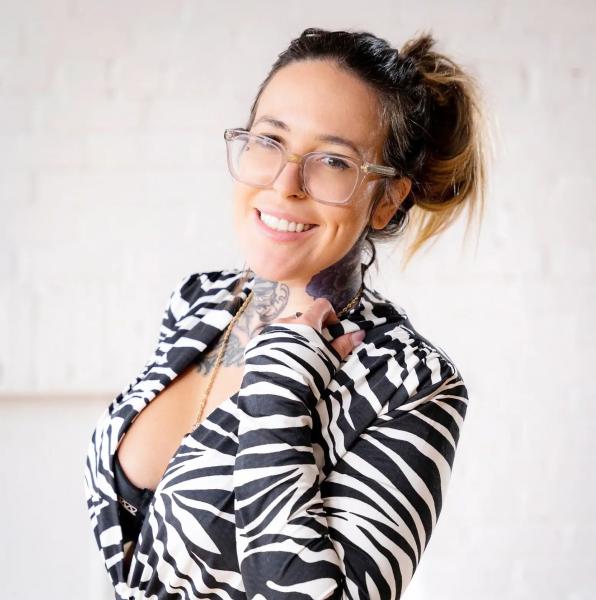 U.S. authorities have made a one-of-a-kind seizure by entrapping a Joliette exotic animal bone trafficker who was recently fined $40,000 for selling polar bear skulls to an infiltration agent.

“I have never shipped anything to the United States with bad intention, I support animal protection 100% and I have never hunted myself”, apologizes Vanessa Rondeau in a letter to the US Judge Lawrence J. Vilardo.

The 27-year-old woman was the target of a major sting operation in the United States, in order to catch her in the act of illegal export.

One of the famous polar bear skulls sold to an undercover agent via the Facebook page of his business.

A man bought polar bear skulls from her twice, in 2020 and 2021, by contacting her on Facebook. The client was actually an undercover agent for the U.S. Fish and Wildlife Service.

“This case was unique in that it involved polar bear skulls, which you don't see often enter the United States”, comments the American prosecutor in the file Aaron J. Mango in a telephone interview with Le Journal.

Rondeau, owner of the antique and taxidermy shop The Old Cavern in Montreal, pleaded guilty last January to trafficking in protected wildlife species in the United States.

She was later sentenced in June to one year of probation and a fine of US$40,000, in addition to US$1,364 in restitution.

She had also spent two days behind bars in a Vermont prison during of his arrest in May 2021.

Rondeau was then charged in May 2021 with trafficking in protected wildlife, mislabeling wildlife, and smuggling goods into the United States.

“We are not educated enough in Canada about the laws related to wildlife protection and import-export”, defends the artist in an interview with Le Journal .

However, according to the US prosecutor, Rondeau admitted to the undercover agent that she knew “that the import/transportation of the polar bear skulls would be in violation of US law”, can we read in the court documents.

The polar bear is indeed on the US Endangered Species List.

Several other endangered species, including tigers, hippos, grizzly bears and alligators, had also been sold in the United States by the trafficker, despite restrictions.

“With a few days in jail and a substantial fine, it sends the message [to Canadians] that you cannot engage in this type of conduct,” said U.S. Attorney Aaron J. Mango.

When Vanessa Rondeau was arrested trying to drive home, her car contained a number of prohibited items, including crocodile feet, a sloth stuffed animals and jaws of sharks, with a total value of US$37,204.

Rondeau is said to have smuggled pieces of taxidermy into Canada in the past, with officers filming her recovering packages suspected of containing wild animals.

She then removed the items from their original cardboard box to bury them in shopping bags, before returning to the country.

Many skulls had been intercepted, including those of walruses, tigers and polar bears.

In interview with Le Journal, the mother-of-two claims instead to get her pieces through estate sales, Canadian zoos, Inuit communities and imports from South Africa.

“Poachers, animal smugglers wildlife and wildlife dealers such as the accused operate around the world. Their criminal acts harm communities, degrade our legitimate institutions and destabilize our environment,” argues Me Mango in his pre-sentence brief.

Furthermore, the global illegal wildlife trade was estimated to be between US$7 billion and US$23 billion in 2020, amounts comparable to the international trade in narcotics and arms.

-With the collaboration of Nicolas Brasseur, Office of Investigation

SEIZED BY THE AUTHORITIES

A photo of a part of the loot seized by US law enforcement.

In January 2020, Vanessa Rondeau drove through customs in Champlain, New York, with a polar bear skull destined for the U.S. undercover agent.

She then went to a shipping warehouse near the border offering logistics services to its customers, including post office boxes and warehousing. She then posted the package there via UPS.

In February 2021, Vanessa Rondeau sold a second skull to the undercover agent. She sent it directly via Canada Post to the United States, indicating that the package contained “1 frame” and that it was a gift. The amount declared was US$100.

“Smugglers believe that law enforcement examines packages of a commercial nature more than packages sent for personal reasons,” the complaint argues. agent Ryan Bessey, who participated in the operation.

According to US customs data, Rondeau sent 30 packages by Canada Post to the United States between November 27, 2018 and September 16, 2019 .

She then declared that there was inside, rather than a wild animal, a frame, a large toy, a statue or a carpet, for example.