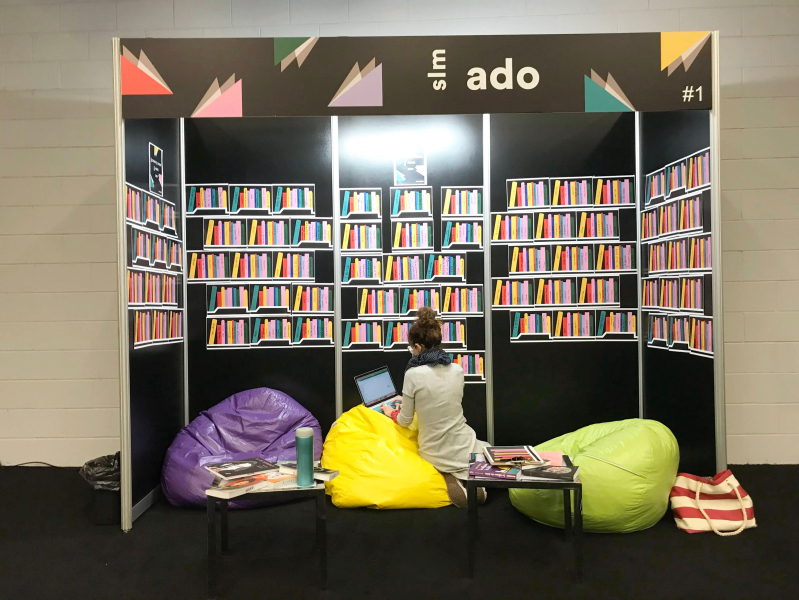 From November 23 to 27, more than 2,000 authors await us at the Salon du livre de Montréal. An event not to be missed, no matter what kind of books you like.

The Montreal Book Fair is in its 45th edition this year. And all we can say is that he is doing better than ever! It is not by chance that its organizers decided to give it the theme “Take body”.

“We found that this theme was promising, explains Olivier Gougeon, general manager of the Salon du livre de Montréal. “To take shape” means to inhabit a space, to be present somewhere – despite the COVID, we managed to slip through the meshes and be present at the Palais last year! –, but also being inhabited by an emotion, a character or a book that we did not have time to finish. »

“Without being omnipresent, this theme has inspired the programming and is reflected in the activities,” continues Olivier Gougeon. Both very precise and very diffuse, it is an anchor to which visitors can cling as they wish. »

A good thing, because really, there is a lot to see and do!

A host of activities

If we had to list and describe all the activities that await us at the Show, we probably wouldn't have enough of the day to do it! But thanks to the help of Olivier Gougeon, we were able to select a few.

Surprise readings will add a little magic to the Show . At any time, a novelist, an actor, a playwright or an essayist can indeed appear at the bend of an alley to start reading texts. Nice, right?

Another brand new thing is the Braindate Book Club. At the heart of the Salon, a space has been specially set up to welcome readers who wish to discuss a particular subject, whether it is a novel, a literary genre, a writer, etc Once there, they can chat quietly for 15-20 minutes.

“There is also the Bologna Children's Book Fair which is coming this year to introduce the Montreal public to the band Italian comic, explains Olivier Gougeon. There will be, among others, the illustrator Lorenzo Mattotti who will be there. It's wonderful what he does! »

Espace Montréal-Nord is also worth mentioning, especially if you are curious to get to know its creators.

“In 2019, we had the Saint-Michel district, recalls Olivier Gougeon. We want to connect more with our neighborhoods and promote the talents of the people who live there. »

On the side of the round tables

On the side cabarets

As for the major interviews

Without forget the autographs!

Who says Montreal Book Fair says dedications. And we are particularly spoiled this year, since some 3,000 signing sessions have been organized. Our very short selection:

►To discover the entire program of the Salon, visit the site salondulivredemontreal.com