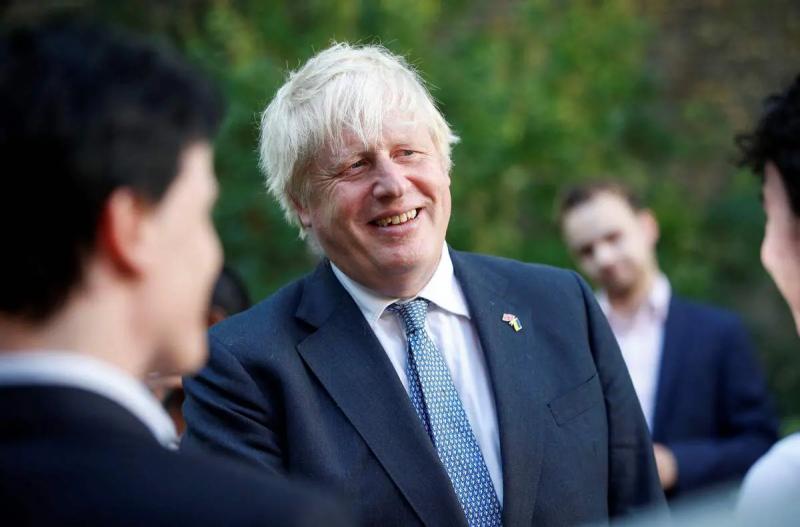 LONDON | Boris Johnson, who is entering his last days as Prime Minister, has little to worry about for his future: political celebrity, an excellent orator with an often fierce and funny pen, his end of the month seems assured when he leaves Downing Street.

At 58, he remains a deputy for the time being. And he who sometimes found that his salary as Prime Minister (164,000 annual pounds – 194,000 euros) was insufficient to ensure his lifestyle, could become a multimillionaire if he wrote his memoirs and joined the international conference circuit, like the other former international leaders have done before him.

His memoirs, if he disciplined himself to write them, could earn him millions.

And he could earn around 100,000 dollars (100,050 euros) per speech in the United States, explains to AFP Mark Cowne, head of the Kruger Cowne agency, which represents “talents” as diverse as Steve Wozniak, co-founder of Apple, Richard Branson (group Virgin), singer Cher or musician and activist Bob Geldof.

In the United Kingdom, however, he will “be a hard sell”, according to Mr. Cowne , which underlines the contradictory feelings aroused by Boris Johnson, enough to cool the business world which generally finances these very well paid speeches.

On the international circuit, he was “Prime Minister at the same time as Trump”, he summarizes. And it is “a celebrity”. But there too he is likely to experience “ups and downs” because of the strong reactions he has provoked, according to Mr Cowne.

Theresa May, former Prime Minister, “didn't do particularly well market” in the United States, he also says, unlike Tony Blair, well known across the Atlantic because of his relations with Bill Clinton and George W. Bush.

Less charismatic than Boris Johnson, Ms May has nevertheless been paid between 38,000 and 80,000 pounds per speech since she left Downing Street in 2019, according to the register of financial interests of deputies. She keeps 85,000 a year, with the rest going to support her charitable commitments.

Before coming to power, Mr Johnson was already paid an average of between 25,000 and 40,000 pounds for a speech of two o'clock. The Daily Telegraph was paying him £22,916 a month at the time for a weekly column estimated at 10 hours a month, according to the same register of MPs' financial interests.

The Telegraph has since distanced itself but the Daily Mail, a tabloid loyal to the Prime Minister, has reportedly offered to write a column when he leaves Downing Street.

In his spare time, Boris Johnson, father of two very young children with his third wife Carrie, 34, will also be able to write the book on Shakespeare for which he received a big advance in 2015 , and that he still hasn't written.

To date, he has said nothing about his intentions.

But his now famous “hasta la vista” (famous line by Arnold Schwarzenegger in Terminator 2) during his last question and answer session at the Chamber on July 20 caused a lot of ink to flow. He also declared “mission accomplished, for now”.

Boris Johnson thanks everybody in the House of Commons – including his 'right honorable friend opposite' – and receives a standing ovation from his loyal MPs as he concludes his final #PMQs.https://t.co/ZTbv6x8cal

A sign for some that he might not have said his last word in politics, he who reluctantly announced his resignation on July 7 after a rebellion by his party, when he still thought he had a “colossal” task to accomplish.