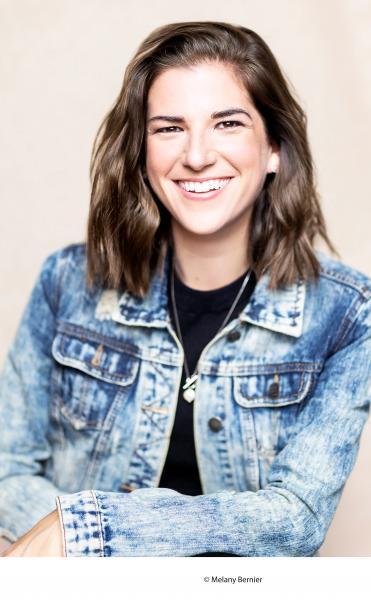 Since March, Alexandra Larochelle has presented no less than four books. Navigating between romance, comedy and adventure, the literary journey of the young author who published her first novel at 10 continues to impress, 19 years later!

Alexandra, where are you at with your thousand and one writing projects?

(Laughs) I just finished the writing of volume 6 of my series Premier rendezvous. Then, I have the right to a one-month vacation, then when I get back, I will start writing volume 2 of Until it makes a bang. Its publication is scheduled for the spring or summer of 2023. Otherwise, volume 7 of Fearful Stuff will be released this fall and the same for volume 2 of my new series The great adventures of Mini-Jeans and Mini-Bulle.

You could say that your life is quite devoted to writing!

My daily life is writing, then leading conferences, often in schools. Honestly, I couldn't be more in my place! I never thought I would be able to do this full time so early in my life. This is exactly what I love the most; meet my readers and write. Being able to live off of that is the best of both worlds!

You say “as early as” in your life, but you've been immersed in this for a long time!

I've been doing this job for 19 years, but I find it incredible to have the freedom to choose, to have to say no to certain projects in order to choose the ones that interest me the most.

Your newest novel Until It Bangs is about toxic relationships. Its title and its story, however, contain several elements related to the cosmos… Is it something that fascinates you?

Completely. At the beginning of this book, in the card that Maélia – the main character – gives to her parents, she writes: “I love you until it goes bang”. I said that to my parents! For me, infinity has always been a fascinating concept. I thought the universe had to end somewhere. I imagined this end, which took the form of a concrete wall. You could soar above the planet and the galaxy and at some point you would hit your head on the concrete wall and it would go “bang”! For me, “I love you until it goes bang” meant I love you until I broke my head at the edge of the universe (laughs)! In the context of this novel, there are many interpretations of this phrase, for example, love until it hurts.

Through your many novels, you touch on many literary styles. To write the story of your life, what style would you choose?

I would alternate between several styles. This is what allows me to keep my creativity active, so this notion of variety would remain. And I think that would be funny. I still have a funny life with lots of anecdotes!