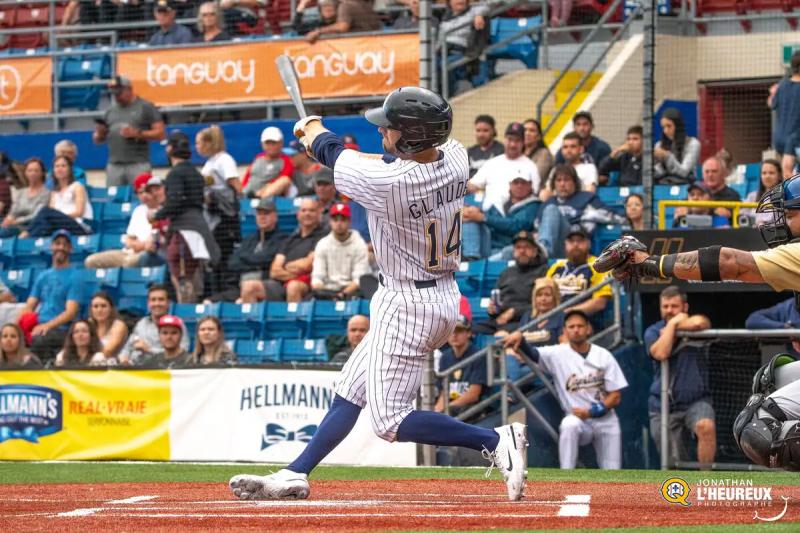 David Glaude hit two of his team's five homers in a 12-3 victory over the New Jersey Jackals on Wednesday in Quebec City, and the Capitals secured first place in the East .

The Capitals hitters had a field day, hitting no less than 18 hits. Among other things, Glaude placed the ball four times in a safe place. Jeffry Parra, T.J. White, and Tristan Pompey also sent balls into the stands.

Eight different players contributed by producing at least one point in this meeting for the Capitals side.

Caps starter Carlos Sano did not have his best outing of the season allowing three runs, seven hits and three walks in six innings. The support of his teammates in the batting box, as well as the work of relievers Frank Moscatiello, David Gauthier and Ian Codina, certainly allowed him to enjoy his evening despite everything.

The situation is quite different in the Jackals clan. Keegan Wright had a real nightmare on the mound, giving up eight runs, five of which were earned, in just three and a third innings. He was the victim of nine slaps to safety and got two opponents on the trails with walks.

Jaden Diaz-Lambert and Max Maarleveld then helped slow the pace of the local favorites. Still, they gave up two runs apiece.

Dalton Combs and Joe Simone, with sacrifice flys, and Alfredo Marte, with a ground ball to shortstop, produced the Jackals' three runs.< /p>

The two clubs meet on Thursday with a doubleheader. Next, the Capitals will face off against the Ottawa Titans starting Saturday in what could be a taste of the divisional series to come.

These games will be significant for the Capitals as they can secure home-court advantage all the way to the Finals if they finish the regular season with a better record than the Washington Wild Things in the West.