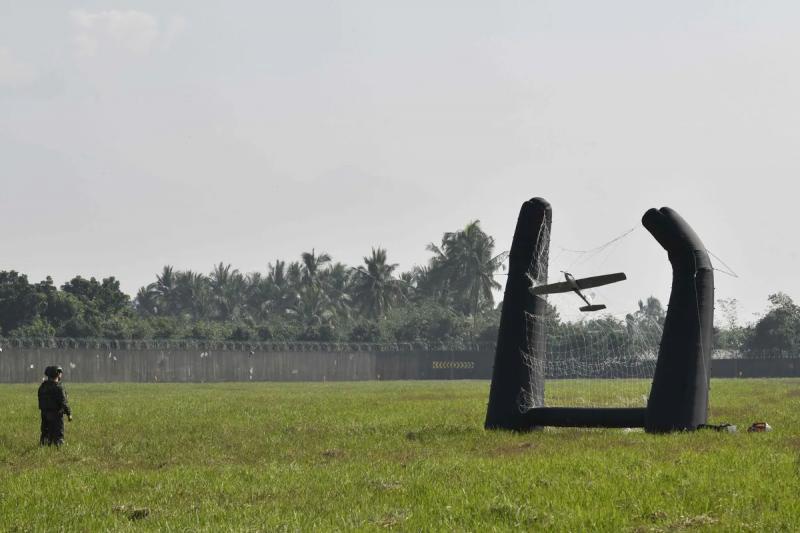 Taiwanese soldiers stationed on a tiny islet off mainland China shot down an 'unidentified civilian drone' on Thursday after it entered a restricted area, the military said from Taipei.

“The stationed troops followed procedures to warn the drone, but without success. The drone was shot down in defensive fire,” the defense minister said in a brief statement.

The aircraft entered a “restricted area” above the Lion Islet, a tiny territory between mainland China and Taiwan's Kinmen Islands.

It is the first time that Taiwanese forces have shot down a drone, at a time when tensions between Beijing and Taipei are at their highest level in decades.

The Kinmen Islands are located just a few kilometers from the Chinese coast. Taiwan has reported a series of incidents over the past two weeks in which small drones have flown over military outposts.

Videos have been circulating on Taiwanese and Chinese social media, one showing Taiwanese soldiers throwing rocks at a drone to make it go away.

The Taipei military and President Tsai Ing-wen warned this week that they could resort to fire if the drones ignored warnings.

Chinese Foreign Ministry spokesman Zhao Lijian said on Monday that the incursions are not “something worth fussing about” since the drones were “flying around Chinese territory.”

The 23 million people in Taiwan live under the constant threat of an invasion from Beijing, which sees the island as part of its territory to be reconquered one day, and if necessary by force.

Drone incursions over the Kinmen Islands have spiked since Beijing embarked on a show of force in retaliation for US House Speaker Nancy Pelosi's visit to Taiwan last month. p>

After the US official's trip, China sent warships, missiles and fighter jets to Taiwan's waters and skies for a week. These exercises were the largest and most aggressive since the mid-1990s.

The identity of the drone pilot remains unclear.

Kinmen being so close to China mainland, a civilian can perfectly command a civilian drone over that distance.

However, in recent years, China has also intensified its so-called “grey area” tactics against Taiwan to pressure the island – a phrase used by military analysts to describe aggressive state actions that border on open warfare and may use civilians.