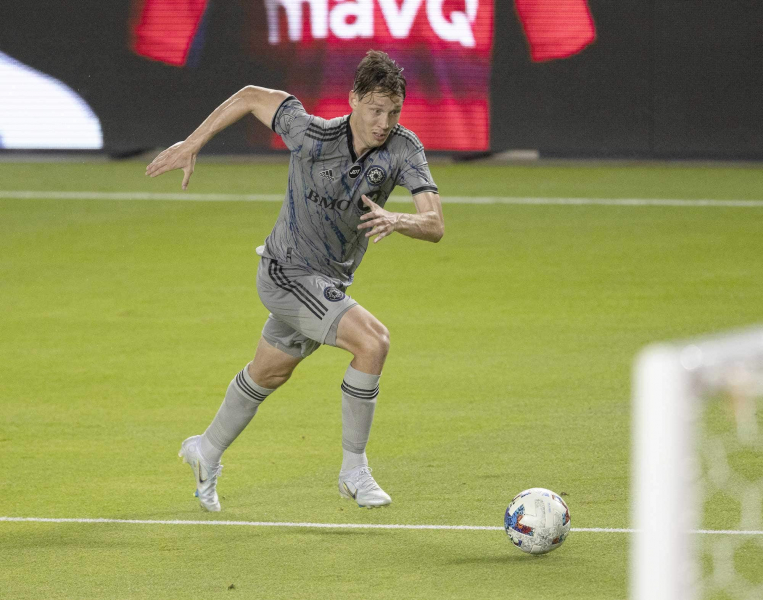 There was no shortage of action this weekend in MLS and goal-scoring enthusiasts were served to their heart's content as no less than 57 goals were scored in the 14 games on the program, including five in CF Montreal's 3-2 win over the Houston Dynamo.

This gives fans what they want, but also demonstrates the weakness or lack of emphasis on defense in this league. The match between CF Montreal and their Texan rivals was a mirror of this assertion.

Four goals were scored in the first half of this confrontation, two penalties were awarded and both teams created plenty of other opportunities to put the ball in the net.

But, all in all, the first 45 minutes were hotly contested. Each time they had the ball, both teams were able to move up the field quite easily to produce chances and ultimately goals.

On the defensive side, I'm not surprised that CF Montreal tried to press as they do almost all the time. However, there was a certain weakness to react in important moments, such as Dynamo's first goal.

However, I was surprised to find that the Texas team, which is in the middle of the playoff race and is looking to grab all the points possible, was not putting pressure on it defensively. In fact, Dynamo seemed quite content to remain patient defensively, which normally is never a good strategy, especially against a team like CF Montreal, which is capable of scoring a lot of goals.

< p>What threw me off my chair even more was the fact that Houston was playing in front of their fans and I thought Dynamo were going to come into the game with great energy; which was not the case at all, especially in the first half. And little by little, in the second half, CF Montreal began to impose themselves more and more and, for me, it became clear that if there was to be a winner, it would be the troops of Wilfried Nancy. She was more serious in her game and was superior to her opponent both offensively and defensively.

More than the playoffs

Now the CF challenge Montreal will keep this momentumto try to get at least one game at Stade Saputo in the playoffs, for the second time in its history in MLS, and not just a qualification. Thus, being second in the Eastern Conference standings, the club must now keep this objective firmly in mind.

Even if everything is not perfect, what I really like about CF Montreal lately is that everyone is committed defensively and offensively. And I want to highlight the contribution of Lassi Lappalainen, who normally is very weak in general on the defensive side. But his recent contribution is an example of consistency, which the players finally seem to understand.

In the end, I'm not at all surprised to see CF Montreal beat Dynamo. The Montrealers attacked more and better and they put more pressure on their rival. It wasn't all perfect, but they still got three extra points in the standings. Abroad too!

CF Montreal is five points off the top in the East, held by the Philadelphia Union, and has a one-point lead over New York City FC, who is third. However, these two teams have, respectively, differentials of +26 and +18, compared to a meager +2 for the troop of Wilfried Nancy. This is a bit of a weird stat that should be kept in mind until the end.