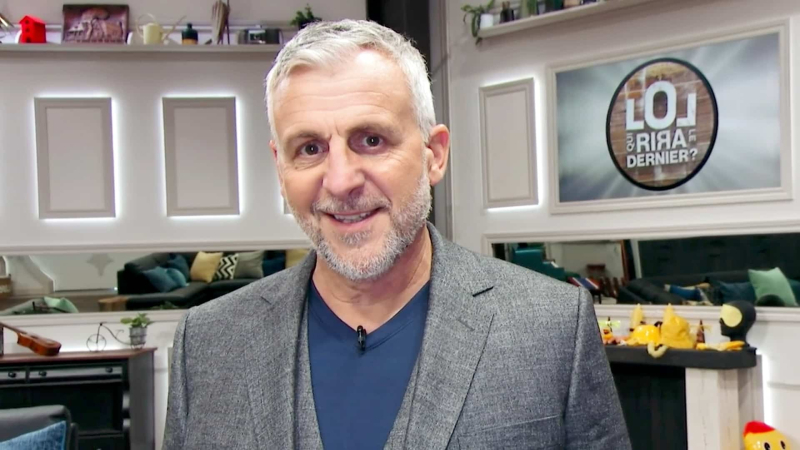 “I hear about it everywhere, it’s stupid! Everyone told me about it. I'm really happy.”

At the end of the line, Patrick Huard is very enthusiastic about his latest project. The Bye Bye? It's more about the show LOL : Who will laugh the last?

The Quebec adaptation of this popular international concept was released on Amazon Prime Video on Friday . And success is there.

For the past three days, the show — francophone, let's remember — has been at the top of the platform's top 10 in Canada, ahead of big names like Jack Ryan, Bullet Train, Yellowstone and Three Pines.

“It's unanimous,” says Huard, who hosts the show, which includes Laurent Paquin, Yves P. Pelletier, Christine Morency, Virginie Fortin and Arnaud Soly. “ Everyone I know who watched it said they laughed their cheeks off.”

“There's a huge buzz about the social networks that confirms the enthusiasm, notes the show's producer, Richard Speer. It's super positive. We are very proud of that.”

“I am proud of the show, continues Patrick Huard. It's super mainstream. It doesn't pretend to be what it isn't. The whole bill, the whole look, the music, the editing, it's very high quality. When these cases come together, I think we have a chance of hitting home runs.”

First shown in Japan in 2016, LOL: Last One Laughing has since been picked up in several countries, including Australia, France, Germany, Italy and Japan. Mexico. English Canada did a version of it last winter, with Jay Baruchel hosting.

The concept is simple: ten participants — mostly comedians — are locked in a loft and have to hold on without laughing… for six hours. Any shots are allowed, or almost!

For Patrick Huard, the Quebec version stands out from other countries, because there are siblings among the comedians here. “It is incomparable with anywhere else on the planet. Even if it remains a competitive environment, they love each other, know each other and have empathy for others. I find that it gives a warmth to our version. »

By his own admission, if he had participated in the game, Patrick Huard would not have lasted long. “I would be out after 21 seconds! [laughs.] I'm really not good at not laughing. ”

Even though the concept has proven successful overseas, there was still a huge challenge with this adaptation , according to Richard Speer. “You don't want to be the one who misses out.”

The producer has yet to speak with Amazon about a second season. “It's still too early, but I'm crossing my fingers.”