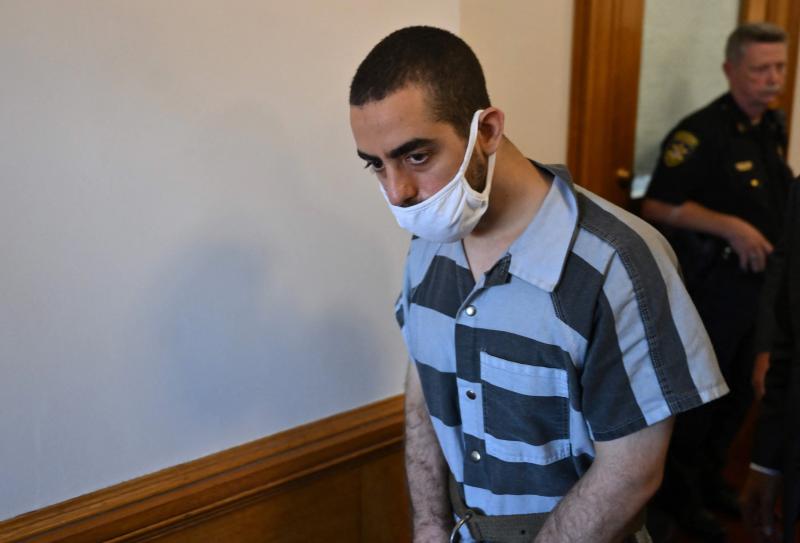 When Emily Sack saw a young man throw himself at writer Salman Rushdie, she barely realized in a panic that the writer was being stabbed.

Like many residents of the Chautauqua Institution — a sort of college for seniors in a gigantic park on beautiful Lake Chautauqua in upstate New York –, Emily Sack remains groggy, a week after the fact.

“It went so fast. It was almost over before it started”, breathes to AFP this octogenarian who was quietly seated in the partially open-air amphitheater, on the morning of August 12.

She was waiting there the literary conference of the author of “Satanic Verses” when he was attacked by Hadi Matar, a 24-year-old Lebanese American living in New Jersey, an attempted murder that outraged in the West.

After the bombing, the Chautauqua Institution “cancelled everything for the rest of the day” and “everyone here, including me, came out of it completely depressed,” Ms. Sack said with tears in her eyes.

The Chautauqua Institution aims to be a beacon of “diversity” and cultural, community and religious life in the northern United States, just a stone's throw from the great Lake Erie on the border with Canada.

Founded in 1874 by two Methodist Protestants, it has become a renowned place for activities and exchanges in the arts, human sciences, education, religion…

President Franklin Roosevelt y gave a famous speech in August 1936 on his “hatred” of the war.

This non-profit organization claims during its summer festival 100,000 visitors and residents – the majority of whom are elderly people – who wander on foot and by bicycle in what looks like a community village protected by a perimeter fence, to beautifully manicured streets, colonial houses and gardens, with its own library, shops, police and postal service.

“This is obviously a shock to our whole community, to the whole region and to anyone who knows the Chautauqua Institution. We've been here for almost 150 years and we've never had to go through anything like this,” Emily Morris, vice-president of the center, told AFP, with a lump in her throat and suppressing sobs. p>

“It's unfortunate that we were affected by the outside world,” even said a resident, on condition of anonymity.

Because in the small county of Chautauqua and its tiny county town of Mayville, where Hadi Matar appeared in court on Thursday after being charged with “attempted murder” and “assault,” no one imagined that this pretty, quiet corner of the Great Lakes region would come under attack with international publicity.

< p>Local prosecutor Jason Schmidt, who is investigating the case of the attack on Mr. Rushdie – targeted since 1989 by a death sentence contained in a fatwa from the Iranian Guide – admitted to the press that his “small” jurisdiction ” didn't have the shoulders to handle such a case, which the federal police are also investigating.

Emily Sack also replies that she had “never thought before that this could happen” in Chautauqua.

Barbara Warner, of the same age, a regular at the Chautauqua Institution, laments that “these things, which happen all over the country (…), unfortunately also happen” in the cultural center.

David Wilson is also “in shock”, but a week later he still feels “safe” to enjoy the last activities of the summer at the Chautauqua Institution.

The center has been criticized by the American press for the apparent lack of safety measures for a host such as Salman Rushdie, who is slowly recovering in a hospital in Erie, on the edge of the lake.

Vice President Emily Morris has assured to have implemented the detection of metal objects and the prohibition of bags in the amphitheater.

Some guards actually patrol around the amphitheater, whose entrance is strictly controlled.

While the protection around Salman Rushdie had been greatly reduced in the twenty years he had lived in the United ts United, “we obviously would not have (organized) such an event if we did not think we had adequate (security) measures”, defends Ms. Morris.