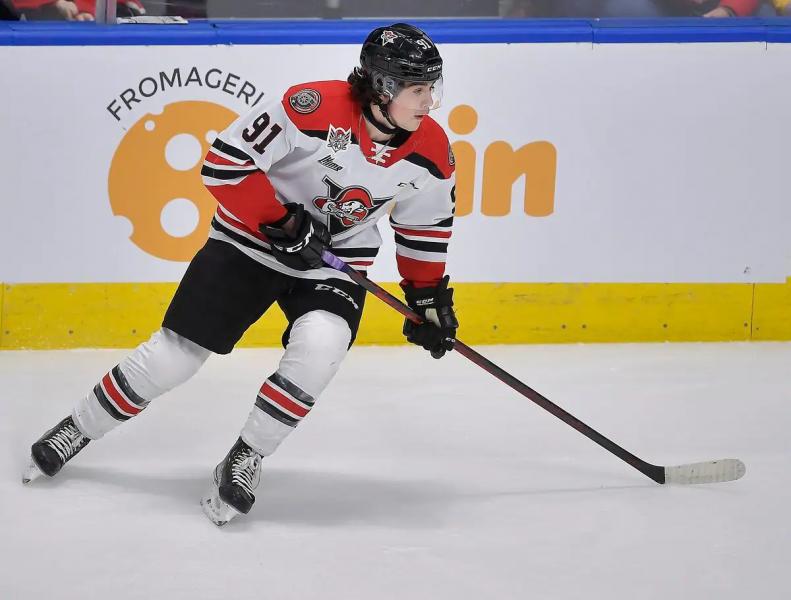 Mathys Fernandez made 35 saves in net and seven different Val-d'Or Foreurs players hit the target in a 7-2 win over the Drummondville Voltigeurs on Saturday at Center Marcel Dionne.

The first period was quite busy with a total of five goals. Tomas Cibulka opened the scoring for the visitors following a turnover on the blue line, in the 97th second of play. The Voltigeurs' reply, by Luke Woodworth, was not scored until 29 seconds later.

After the net of first-year player Lukas Landry, of Drummondville, the Foreurs did not really look back. They added five unanswered goals – those from Zachaël Turgeon, Alexandre Doucet, Thomas Larouche, Nathan Bolduc and Zigmund Gold – and Fernandez stood up to attack. He also faced more than a dozen pucks each period.

As for the Voltigeurs, Jacob Goobie allowed six goals on 20 shots and was replaced with a dozen minutes left. complete with rookie Cédric Cyr-Dauphinais.

At the Sports Rousseau Center of Excellence, the Rouyn-Noranda Huskies got off to a flying start against the Blainville-Boisbriand Armada to dispose of the hosts 5-2.

Starting the season playing two meetings in 24 hours on the road does not seem to have affected the Abitibi team, which also disposed of the defending Memorial Cup champions, the Shawinigan Cataractes, on Friday.

Leading 1 to 0 thanks to Mikaël Denis' second success, the Armada saw the match slip through their fingers by allowing four consecutive goals in the first twenty. This put an end to Édouard Nault's evening between the posts, helpless in the face of the Huskies' incessant attacks.

The visitors also dominated the column of shots on goal 44 to 17. The attackers Jakub Hujer (two goals, one assist) and Leighton Carruthers (one goal, two assists) were the main torturers for Bruce Richardson's men.

Bill Zonnon and Daniil Bourash also threaded the needle for the winners, while Xavier Sarrasin provided the reply for the Armada.

Kyle Hagen only had to repel 15 shots to register the victory.