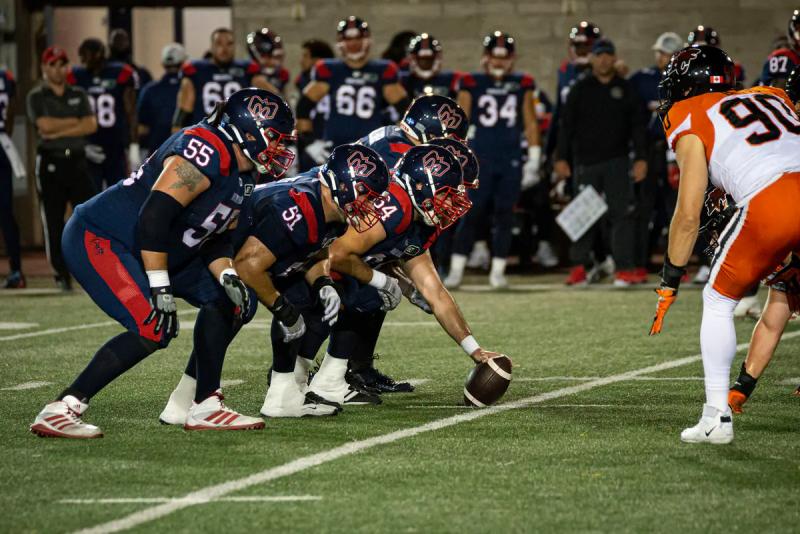 MONTREAL | The Montreal Alouettes will begin Monday the most demanding week of their regular schedule.

If they want to maintain their chances of finishing the regular season at the first level of the East Division, the Sparrows will have to find a way to defeat the Ottawa Redblacks twice in just five days. As of Monday, at Percival-Molson Stadium, they could already ensure that they finish at least second in their division and thus play their first playoff game at home.

But one thing at a time. To present the best version of themselves on Monday and Friday, Danny Maciocia's men will need to dig deep into their resources, but above all be well prepared.

The head coach of the “Als” is not his first rodeo, however. He had the chance to experience such busy streaks when he coached the Edmonton Eskimos.

“The battle for Alberta was done Monday and Friday, recalled Maciocia in an interview on Sunday. I lived it for nine years. You have to have a plan in place and be really strategic. It's a demanding week for our coaches and for our players as well, knowing that the week of practice is for two games.”

Linebacker Tyrice Beverette is ready to take on this challenge with full teeth.

“I love taking part in more games than practices. It's something we love to do. Ultimately, both teams go through the same streak. No one is disadvantaged. But we will have to take care of our bodies and focus on the first game.

A trap to avoid

On paper, the Alouettes couldn't ask for a better opponent to hit the courts twice in five days. After all, the Rouge et Noir (3-11) have the worst record in the Canadian Football League.

Is Maciocia concerned that his flock will underestimate the team from the national capital? On September 2, she caused a surprise by beating the “Als” 38 to 24 in Montreal.

“I don't think I need to talk to our players about it in detail,” he said. They are aware of the fact that it is a team that beat us at home.”

“We must not forget that there are coaches on the other side who play their role for next year. There are players who are going to be free agents in 2023. I expect maximum effort from them, whether it's Monday or Friday.”

According to Beverette, the Alouettes will have no problem finding the motivation to dominate this less well off opponent.

“It's very important for us to start the playoffs at home,” he said. We can fix this immediately, so why risk waiting? We've been great for the past eight weeks, so I'm confident in my team.”

'Bev' and her versatility put to the test

When Danny Maciocia signed Tyrice Beverette last February, he knew he had acquired much more than a special teams specialist.

Although it was in this facet of the game that he distinguished himself with the Hamilton Tiger-Cats, in 2019 and 2021, the New Jersey native had much more to offer.

“” Bev”, when we signed him, we knew he was a good player on special teams, explained the interim head coach. But we also knew that he could perhaps contribute on the defensive side. Today, we're riding a system that matches [with] some of his qualities and what he brings to the defensive end.”

“He's performing at another level and we're going to need that kind of performance in the coming weeks.”

Speaking of great performances, it was Beverette himself who gave the Alouettes the win over to the Edmonton Elks last week, thanks to a spectacular play on the defensive units. He returned an interception 100 yards into the end zone in the fourth quarter.

“I'm the kind of person who wants to excel in everything I do,” said the former Cincinnati Bengals 90-player roster. Unfortunately, before, I only had the chance to channel my energy into the special units. I never wanted to be locked into a role.”

In 14 games this season, the 27-year-old has totaled 43 defensive tackles and 13 special teams tackles. He already claims to feel very comfortable in the Quebec metropolis, both on the field and off.

“My situation was difficult before [joining the Alouettes], he confided. They accepted me with open arms from day one. I was able to play a lot and we won several games.

“I definitely feel at home.”

Even if Only in his third season in the Canadian Football League, Beverette has one of the most interesting backgrounds on the team.

In 2019 and 2021, with the Tigers -Cats, he reached the Gray Cup Grand Finals. Each time, the Hamilton team gave in to the mighty Winnipeg Blue Bombers in the ultimate game.

These failures at the finish line gave them a greater appreciation of just how far the road to a championship is winding.

“It's not easy,” he said. Your departure has no value; it's how you end up that matters. When you go to the playoffs, your team's record is not a factor. And when the stakes are high, so is the pressure.”