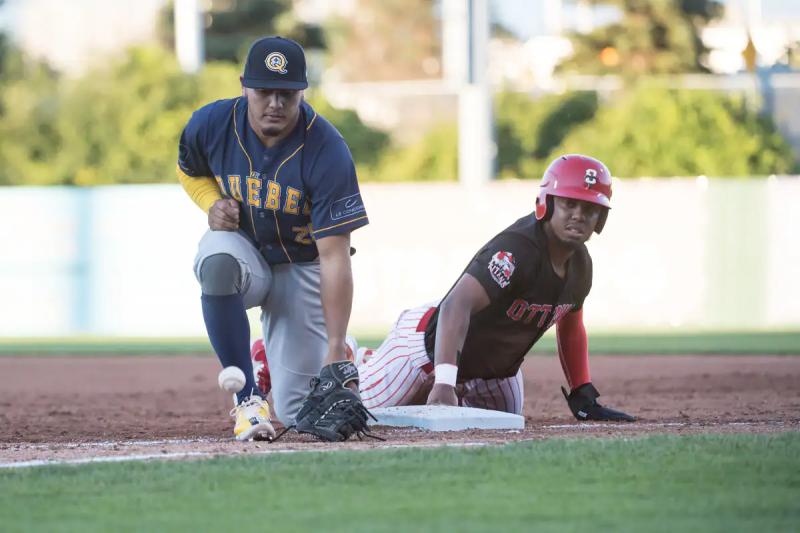 A mistake by Ruben Castro cost the Capitales de Québec dearly on Sunday in Ottawa, as the Titans took the opportunity to score five unearned points and sign a 6-2 victory.

As was the case the day before, the Capitals lost the lead in the eighth inning. Ahead by one point, Patrick Scalabrini's troops had managed two outs when the fateful error occurred. Two players scored on the streak and the next batter, Jason Dicochea, then hit a three-run homer.

This last hit ended Samuel Adames' 5- 5), who allowed five unearned runs, two hits and a walk in two-thirds of an inning. Previously, Miguel Cienfuegos had another inspired outing by conceding just one run in seven innings.

In the other clan, starter Tyler Jandron also shone by giving up a single run, six strikes to the safe place while striking out eight batters. The victory went to Gavin Sonnier (4-0), who allowed Jeffry Parra to hit a solo homer in the top of the eighth inning.

Kyle Crowl scored the visitors' other run when Josh Sears hit a single during the second round at bat. Liam McArthur, for his part, lifted the home crowd by scoring on a double play in the opening inning.

The Capitals have now suffered two straight losses and 13 in their last 18 outings. They also remain first in the East with a 49-29 record, but the Titans came within just three games.

The “Caps” will be back in Quebec, starting Tuesday, for a series of three games against the Aigles in Trois-Rivières. They will then receive the Titans for a new series of three meetings.