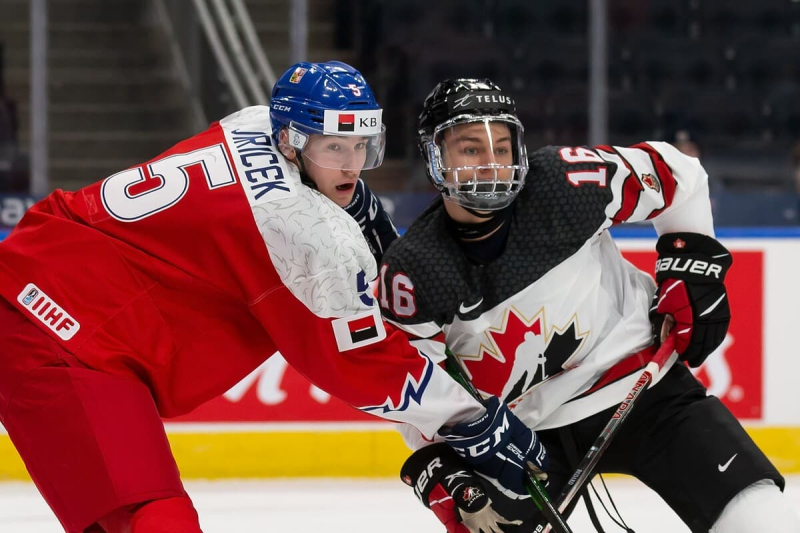 David Jiricek is ready for the World Junior Hockey Championship in Halifax. The Czech defender and Columbus Blue Jackets prospect is missing just one thing: his gear.

The sixth overall pick from the last draft joined his team in Halifax in preparation for tonight's game against Canada. He skated with his teammates, but still doesn't know if he will be able to take part in the game.

Jiricek took a flight from Cleveland, where he was playing for the club- school of the Blue Jackets, with a transfer to Toronto.

The bad weather conditions that prevailed in the last few days in the United States and Canada caused the cancellation or delay of thousands of flights. Baggage was lost, including Jiricek's, which was allegedly scanned in Toronto, but has since been misplaced.

It was enough for his agent, the talkative Allan Walsh, to tell Air Canada his way of thinking.

< p>“Air Canada's customer service is a disaster. This company is outrageously embarrassing”, he railed, via his Twitter account.

“David Jiricek flew from Cleveland to Halifax via Toronto. Several flights have been canceled and he finds himself in Halifax without equipment, without skates, without poles. They [Air Canada] don't know where the equipment is and when it will arrive in Halifax. […] I was put on hold for two and a half hours and the line cut. What if Air Canada took its responsibilities, Michael Rousseau?” he added, addressing the president and CEO of the airline.

A few hours after scolding Air Canada, agent Allan Walsh let it be known that the equipment had been found and delivered to Halifax. “I want to thank Air Canada for going above and beyond to locate the bags and equipment and delivering them to Halifax. My condolences to those impacted by the storm and I wish everyone a peaceful and safe New Year.

< p>When an Internet user told Walsh that his client had only to go to a Halifax store to get equipment, the agent stated the obvious.

“David is six-foot-four and wears custom-made size 13 skates,” he said. situation by mentioning that “the team will do their best so that he can play the opening game against Canada”.

This season, Jiricek played two games with the Blue Jackets before to be transferred to the Cleveland Monsters, in the American League.

He is having an excellent campaign with them, as evidenced by his 20 points in 19 games.

Jiricek is one of the Czech Republic's hottest prospects. It will be his third participation in the World Juniors, he who was injured during the last edition.