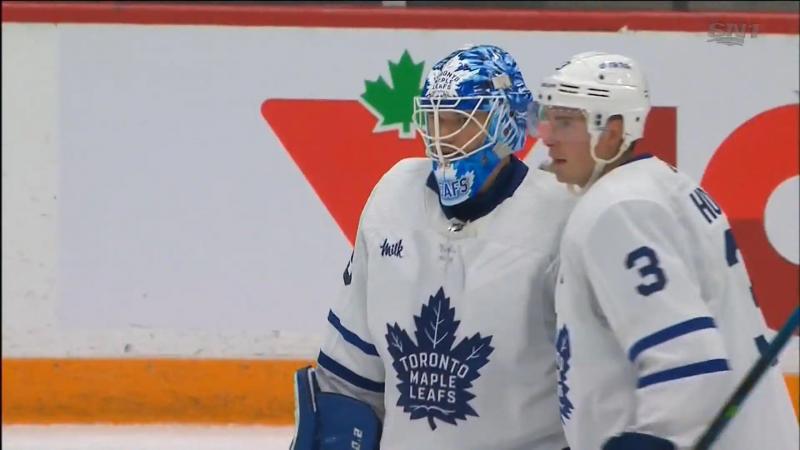 The Toronto Maple Leafs got the better of the Ottawa Senators on Friday in the preseason game, with the Queen City team winning that battle of Ontario 6-3 at CAA Arena in Belleville.

The struggle for a position on the Leafs' last two lines will be thrilling in the coming week. Denis Malgin and Nicholas Robertson made their case by both scoring their third goal of the pre-season schedule.

The second was Toronto's best player with three points, including a pair of nets. Quebecer Nicolas Aubé-Kubel and former Montreal Canadiens Victor Mete also distinguished themselves by scoring.

Parker Kelly, Drake Batherson and Angus Crookshank got the hits for the Senators, who won just one of their four exhibition games. Four games against the Habs now await them starting on Saturday.

The Canadiens will also face the Maple Leafs on Monday.

In Nashville, Matt Duchene scored no fewer than five points in the Predators' 7-1 win over the Tampa Bay Lightning.

The “Preds” were playing their fourth and last exhibition meeting before the 2022-2023 season since they will travel to Europe to face the San Jose Sharks twice at the opening of the regular calendar, in Prague, Czechia. Meanwhile, next Monday, the team will face SC Bern in a friendly match.

The Predators have once again dominated the Lightning, 24 hours after defeating them 2-0, also in Nashville. Juuse Saros spent the entire game in net, making 27 saves.

It was less convincing for Hugo Alnefelt on the visitors' side. The Swedish keeper also received 28 shots, but allowed seven goals. Duchene and Tanner Jeannot each beat him twice, with the latter scoring on the power play each time.

In addition to Duchene (five points) and Jeannot (four points), Filip Forsberg also contributed with three assists. Zach Sanford, Colton Sissons and Alexandre Carrier were the other scorers for the home team, while Brandon Hagel replied for the “Bolts”.