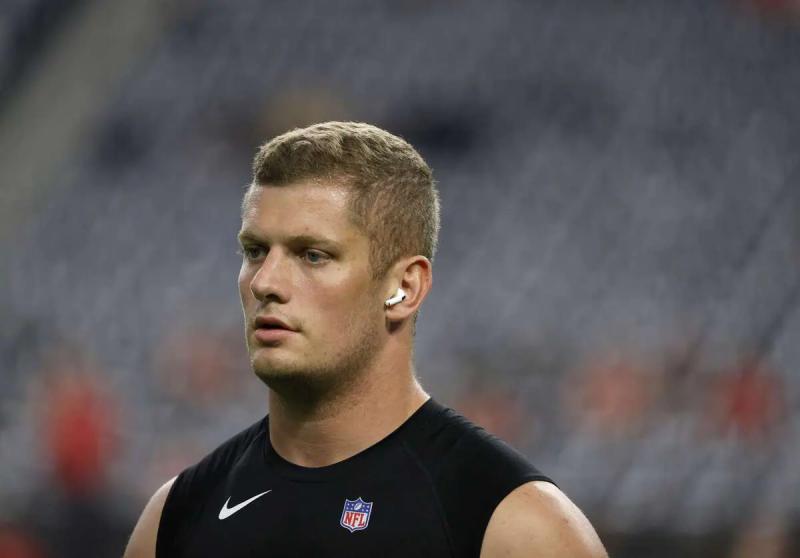 More than a year after coming out as gay, NFL player Carl Nassib has commented on his decision, saying it was pretty hard to take.

Now a free agent after being released by the Las Vegas Raiders, Nassib explained in a 'Good Morning America' report that he doubted a lot before posting a video to the media social. Images that changed his life.

“I stared at the phone for, I would say, an hour, and I was trying to motivate myself just by looking at it, he said about of the fateful moment, Tuesday. The last thing I thought to myself was, “You know what? for the kids.” And I pressed 'publish'.”

After thinking long and hard throughout his life, Nassib felt the time had come. Indicating that he is someone who avoids the spotlight, he hopes that his gesture will allow others to live a little more freely and that one day “coming outs” will no longer be necessary.

“I just wanted to show that it really doesn't matter, your sexual orientation. We are moving in a positive direction. It won't be a perfect road and we just have to stay the course.”

Nassib, the first active NFL player to come out as gay, played 86 games with the Cleveland Browns, Tampa Buccaneers Bay and the Raiders. He had 164 tackles, 22 quarterback sacks and one interception as a defensive end.