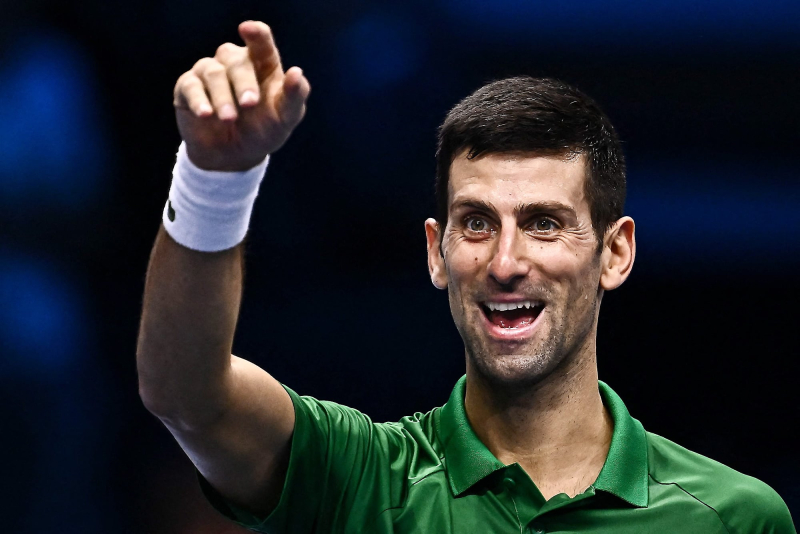 TURIN | It was a doubly happy man who sat in the press conference room of the Pala Alpitour in Turin on Wednesday. If Novak Djokovic was delighted with his qualification for the semi-finals of the ATP final, the Serb was also relieved to be able to play in the next Australian Open in January.

“Of course, I was really happy to receive this news [Tuesday]. It was a relief, of course, especially because of what my loved ones and I have been through this year, with what happened in Australia and after,” said the former world No. 1.

“I couldn't have received better news, and especially while I'm playing the tournament here [in Turin],” he continued.

Last January , the 35-year-old was expelled from Melbourne on the eve of the tournament because he was not vaccinated against COVID-19. He had previously spent a few days in a center for migrants.

This deportation was accompanied by a three-year ban on entry into Australian territory.

Being vaccinated against the virus is no longer a requirement to enter Australia. The seventh favorite's lawyers in Turin had instead to convince the country's government to lift the three-year suspension. received his visa.

Looking for a 10e

The Australian Open is Djoko's most successful major tournament. He has triumphed there nine times and, if he manages to lift the trophy again at the end of January, he would equal Spaniard Rafael Nadal's record of 22 Grand Slam titles.

Did this good news galvanize Djokovic, who completely dominated Russian Andrey Rublev on Wednesday from the 10th game of the season in the first set? The Serb won 6-4 and 6-1, in less than 1 h 10 min.

However, the battle seemed even until 5-4, when Rublev, sixth seed in Italy, offered a first break point (and set point) to his rival, on an unforced error.

Djokovic did not ask for so much: he won the next point thanks to a winning return from the backhand. He then played “a flawless second set”, by his own admission.

“It was without doubt one of my best matches of the year”, analyzed Djokovic.

The second to qualify

By beating Rublev, the Serb has a perfect record in this group stage (2- 0). He became the second player to reach the four aces, after Norway's Casper Ruud, of the “green” group, on Tuesday.

” [Is the new of my presence in Australia] had an impact on my performance [on Wednesday]? Djokovic wondered. I like to believe so. Why not?