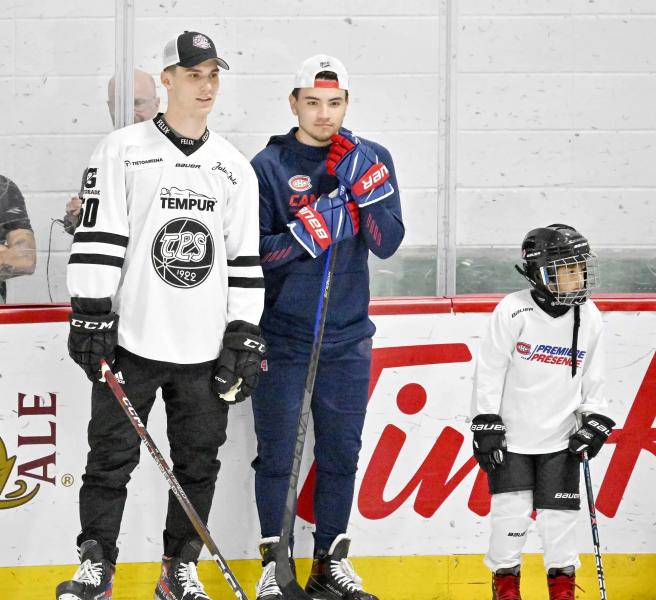 It was not the first time that Juraj Slafkovsky set foot in the Brossard sports complex. A few years ago, he took part in a camp organized by the Canadiens.

He is therefore familiar with the rich history of the organization. The many banners commemorating the 24 Stanley Cups and the numbers retired, he knew the meaning.

“I know what this organization has accomplished, it makes me appreciate being part of it even more,” he said Monday. But I don't want to get distracted by that. I want to focus on my game and do whatever I can to help this team win games…and maybe more. 'integration. Same thing when those who could become your future teammates come your way.

Slafkovsky said that after seeing Nick Suzuki at the draft and receiving a text message from Cole Caufield over the weekend, he bumped into Josh Anderson in the team locker room.

It will be remembered that, in the days leading up to the draft, Slafkovsky, in his argument to convince the Canadian to select him, had argued that he could be a good complement to the left of Suzuki and Caufield.

Smiling, he confirmed that Caufield did not write to him to tell him about this possible union.

“He is already there [in the NHL]. Me, I will have to fight to win this position, explained the number 60. He simply told me that he was looking forward to getting to work with me. »

By the way, don't go to the CH souvenir shop or your sports shop favorites with the idea of ​​having Slafkovsky's name and number 60 embroidered on a Habs jersey.

The Slovak explained that it was the number he had been assigned when he arrived and that it is probably not the one he will choose the day he manages to confirm his position with the Montreal team.