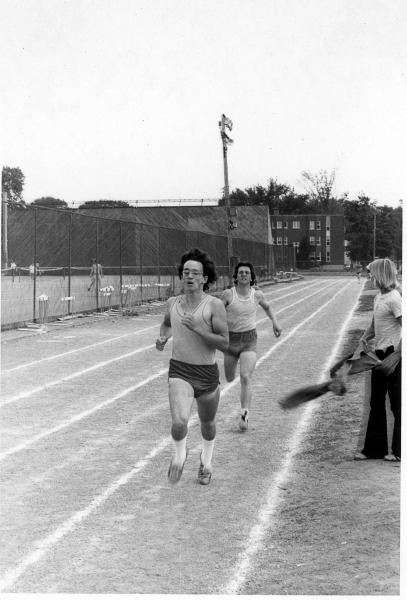 Athletics ran through the veins of members of Ghislaine's family and illustrious bowler Gérard Lapierre in Valleyfield. During the 1970s, there were three of them wearing the colors of the CAMPI athletics club.

Regardless of the event, there was Ginette, Johanne or André somewhere on Track. This family marked in its own way the history of the CAMPI club, which will celebrate its 50th anniversary on September 24 as part of a reunion evening.

“I loved sports, I loved running,” says Ginette, who excelled in the 200 and 400 meters. It was the school Olympics that especially attracted me to athletics. »

Eldest in the family of athletes, Ginette Lapierre always led by example during her time at the CAMPI club

During the 1970s, athletes all had their sights set on participating in the Quebec Games. In the summer of 1972, the high mass of amateur sport was celebrated in Chicoutimi. “I finished seventh in the 400m. We were excited to be away from home and share with athletes from all corners of the province,” she recalls.

The following summer, she missed the Mouska Games in Rouyn-Noranda due to a severe ankle injury. But it was out of the question that Ginette be reduced to total inactivity. She gave a helping hand to the coaches of the club, where she was able to share her experience with the young athletes.

“The coaches at CAMPI were so dedicated to our cause. It was normal for me to return the favor to them”, adds the one who has also excelled in handball, basketball, volleyball and softball, among others.

It is often said that the apple never falls far from the tree. Inspired by her big sister Ginette, Johanne also nourished herself with athletics. She made her debut at the age of 10. Bursting with energy, she moved a lot of air over the long jumps, high jumps and hurdles.

“I was destined for the pentathlon, but an injury came to sabotage my plans”, continues the one who was influenced by Richmond Girouard and Olivier Gervais, very active in recruiting in schools.

Johanne Lapierre ( second) following in the footsteps of her teammate Lynda Beauchamp during a cross-country on Île Sainte-Hélène during the 1970s.

At a young age, the athlete with lulus could boast at the time of having traveled through some regions of the Belle Province thanks to the Quebec Games.

She participated in the summer provincial finals of Valleyfield (1974), Trois-Rivières (1975), Sherbrooke (1977) and Joliette (1978). “I also took part in the 3000 m on snowshoes in the 1977 winter final, in LaSalle”, takes care to add Johanne, who also accompanied the South-West athletics delegation to the summer 1981, in Hull.

“The Valleyfield Games occupy a special place. It was happening at home and our relay team had won the bronze medal. As part of the promotion of the CAMPI Games, I had been invited to participate in a media activity in Montreal with Mayor Raphaël Barrette. »

Like the 85 other members registered for the CAMPI reunion evening, Johanne is thrilled at the idea of reconnect with those who have disappeared from its radar for more than 40 years. “I can’t forget that camaraderie of the time. During our trials, we never lacked encouragement. »