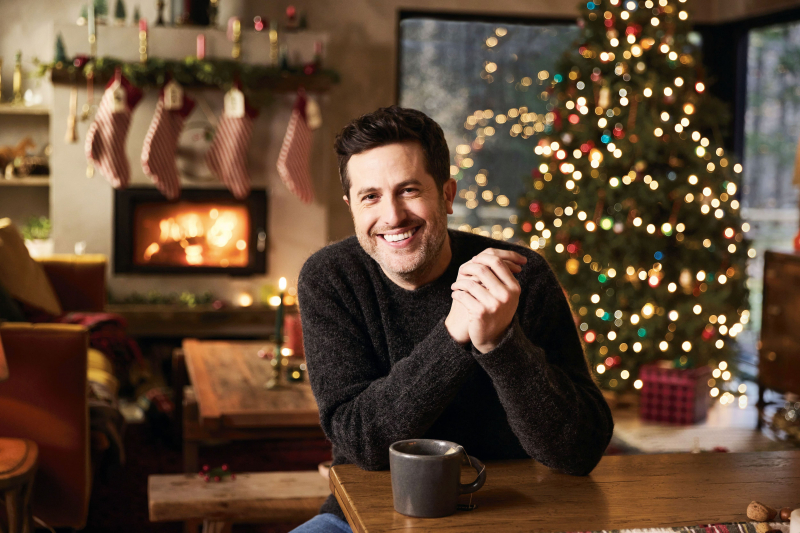 Real nature at the cabin for Christmas on the shelves, a Christmas special broadcast on December 19, and a fifth season of True nature as of January 15: Jean-Philippe Dion has reason to be excited about the holiday season, which is already well underway.

Jean-Philippe Dion says he is an extremely organized person, with a tight schedule and agenda. This is certainly what allows the host and producer to combine projects.

His show, La vrai nature, is in its fifth season and the success does not stop. The proof is the million listeners per show during the fourth season, the long list of renowned guests wishing to come and tell their stories and the commercial success of derivative products.

There had the album The true nature Chansons par Pilou in 2018 and The true nature Le livre du chalet released in December 2019 (20,000 copies sold). There's now, just in time for the holiday season, Real Nature at the Cottage for Christmas.A second book filled with recipes, tips, stories and Christmas memories concocted by the same team, namely Jean-Philippe Dion himself in the artistic direction and the signature of certain texts, as well as the duo of authors composed of Martin Grenier and Martin Boisclair.

This object takes as its pivot the Christmas special which was recorded last year. last and which will be presented on December 19.

With Marie-Claude Barrette, Garou and Naadei Lyonnais as guests and whose confidences have led to unique angles in the book: the large family for the host, the music for the singer and the nostalgia for childhood Christmas for the last.

“I am proud of the place that people have given to this show, confided Jean-Philippe Dion at the Journal. This fifth season is the first where there are a lot of people that I had never seen in person. People want to tell stories and need to say who they are. There is a pride in explaining where we come from. It does people good. »