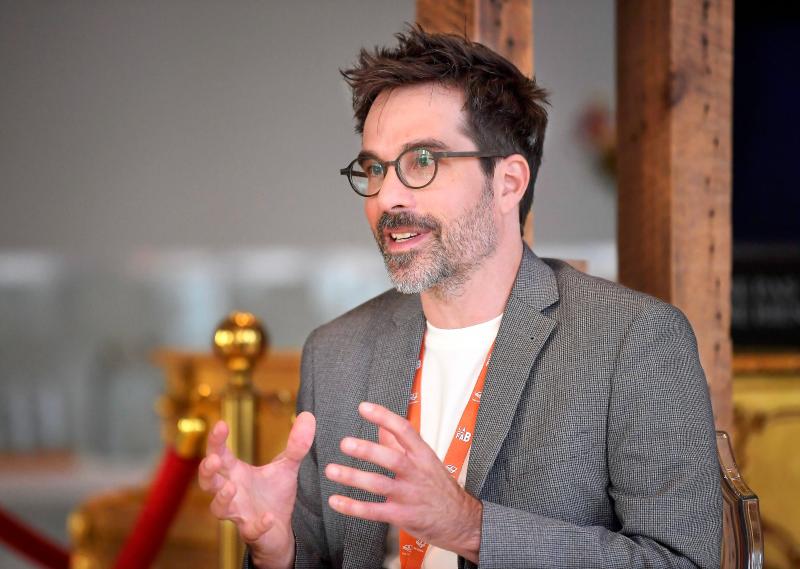 Shunned by public institutions that fund cinema, Martin Villeneuve was still able to present his film Les 12&nbsp ;Imelda's work thanks to an impressive outpouring of generosity.

All the actors, from Robert Lepage to Michel Barrette via Ginette Reno and Yves Jacques, as well as the technical team worked voluntarily so that a series of short films, inspired by the last years of life of the colorful grandmother of the filmmaker, can become a feature film.

No one received a penny, says Martin Villeneuve.

“In nine years, I have only had refusals from SODEC and Telefilm Canada, despite the prizes that the short films received. What I didn't receive on one side, I got a hundredfold on the other in generosity and in time,” he rejoices.

Being the brother of Denis Villeneuve, one of our greatest filmmakers, does not give a free pass, can only see the one who made his debut on the big screen with the science fiction film Mars et avril, in 2012.

“On the contrary, it harms me considerably. The doors closed. Listen, my next film, which I had been working on for five years, was supposed to feature Isabelle Huppert and Anthony Hopkins. The two actors were confirmed, I had a reinforced concrete script and Denis as executive producer. Telefilm Canada said no. Uninteresting project. Same answer as Imelda », says Martin Villeneuve, still indignant.

In these circumstances, showing Les 12  Imelda's work at the FCVQ was a snub to those who did not believe in him.

“In a way, I am proud because they have made people feel for years that my cinema was not interesting, but it is public money. Even though they didn't like March and April, I went around the world. I became the first Quebecer to speak at the TED conference in 30 years, and the film paid for itself with online sales.”

In addition to the theatrical release of his family film, scheduled for October 28, Martin Villeneuve is working on the television adaptation into an animated series of the Quebec comic book Red Ketchup.

The FCVQ continues this evening with the presentation of the film Snow Angel, at the Théâtre Le Diamant.