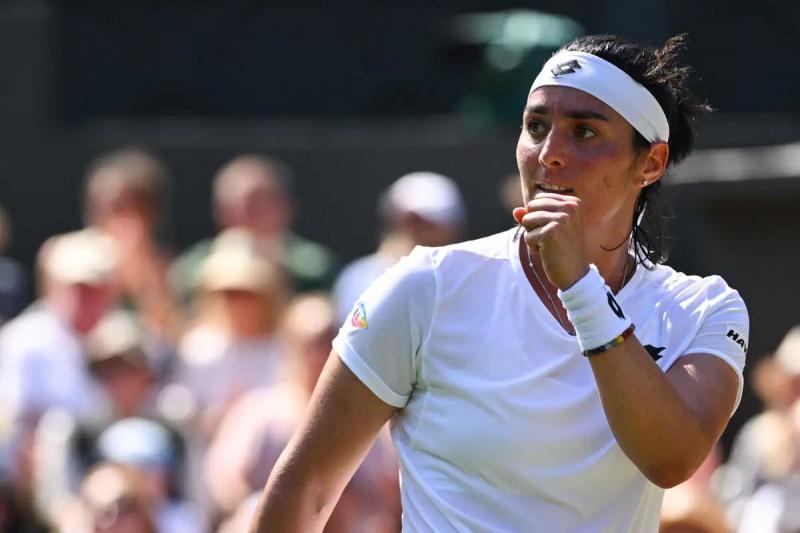 We now know the finalists for the Wimbledon women's final which will take place on Saturday. Elena Rybakina will cross swords with Ons Jabeur at the center of the All England Lawn Tennis & Croquet Club.

For Rybakina, this will be the first appearance in the final of a major tournament. At the age of 23, she will become the youngest Wimbledon finalist since Spaniard Garbiñe Muguruza in 2015.

Once again, it was his power down the court and his serve that made the difference. She managed to brew her opponent who was more experienced. She fully deserves her victory.

For her part, Halep shot herself in the foot with nine double faults during this match while being broken four times. With such a performance, it was unthinkable that she could pull off a comeback against a Rybakina in full possession of her faculties.

If Rybakina wins, we could witness a special scene. She was born and spent the first 19 years of her life in Russia. She has been defending the colors of Kazakhstan since 2018.

In the final, Rybakina will face third seed Ons Jabeur. She won 6-2, 3-6 and 6-1 against the surprising Tatjana Maria. At the same time, the Tunisian became the first African player to obtain her ticket for a Grand Slam final.

It was not easy. Maria, who had a fabulous run at Wimbledon, snatched a sleeve from him. However, in the last one, Maria was no match for Jabeur's solid play.

“It's incredible to be in the final,” said Jabeur. This is the result I was hoping for. I have one game left and one step to take to get the title.”

At the end of the meeting, we witnessed a beautiful scene. Jabeur invited Maria to the field so that the central crowd would pay tribute to her for her fine career on London soil. The two are good friends on the tour.

“He deserves a lot of respect for the way she played and fought,” explained the Tunisian. She participated in her first semi-final. If I hadn't seen her with her two kids, I never would have believed she had kids.

“It's amazing the way she moves on the ground. It's inspiring for other women.”

Jabeur is also a source of inspiration for the women of her country and those of Africa.

“I often talk about Tunisia. I want to be a role model for future generations. Tunisia is connected to the Arab world. We want to see more players from that part of the world.

“It’s not like Europe or other countries. I think we don't believe enough in our chances that we can get there. I'm just trying to prove otherwise.”