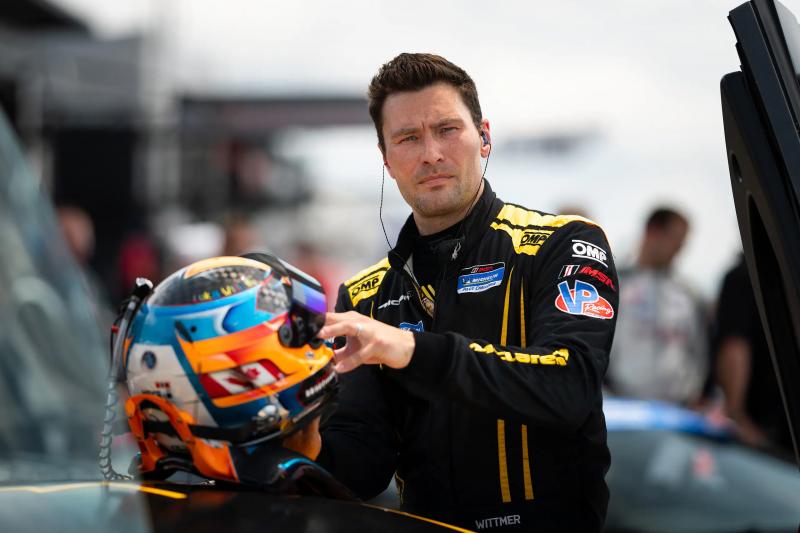 Known as one of Quebec's most seasoned endurance racing drivers, Kuno Wittmer will take part in the very first rally event of his career at the end of the month.

He confirmed on Wednesday that he will be at the start of the renowned Charlevoix event which will take place on October 22 and 23.

“ I started racing 25 years ago, but never touched or even thought about rallying. Last year, I attended the Rallye de Charlevoix and it really impressed me,” he said, in an interview with Journal.

“But I thought to myself why not try my luck,” he continued. I have taken steps in recent months and convinced sponsors. Lo and behold, I found a steering wheel, a co-driver and a car. Everything is settled. »

“ It’s a good car, underlined Wittmer. I have to thank Philippe Brasseur, director of the magazine Pole Position, and the organization of the Rallye de Charlevoix who gave me a precious helping hand in my efforts. I am very grateful to them. »

It is aboard the Subaru STi that won the Canadian championship for brothers André and René Leblanc in 2021 that he will make his first foray into the world of speed rallying.

Albertan Michael Szewczyk will be his co-driver.

It is at the wheel of this Subaru STi that Kuno Wittmer will attempt the adventure of rallying for the first time, in October.

Since he's never driven a rally car, Wittmer has scheduled a day of testing in the New Richmond area in mid-October to familiarize himself with his new surroundings.

< p>A native of Hudson, west of Montreal, Kuno was immersed in the world of car racing at a young age. But the members of the famous family have never raced in rallies… with one exception.

A nod to Grandpa

< p>” My grandfather, who was also called Kuno, was crowned Quebec rally champion for five consecutive years between 1975 and 1979 “, recalls Wittmer, who wants to take advantage of this foray into unknown territory to assess the possibilities and, you never know, make it a new specialty.

“For the moment, nothing is planned on my schedule in 2023, but I intend to remain active  “, he promises.

As a reminder, Wittmer, 40 years old, notably won seven victories on the famous Daytona circuit, including one acquired at the prestigious Classic of endurance of the 24 Hours in 2015.