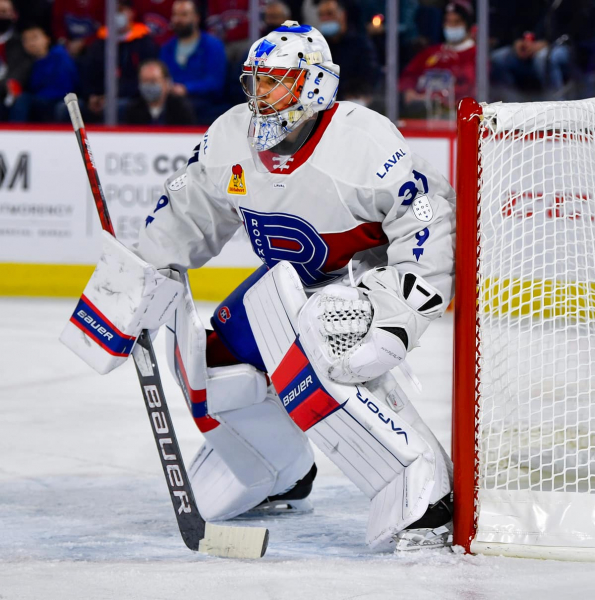 Cayden Primeau gave the Springfield Thunderbirds nothing in a 2-0 win over the Laval Rocket, who recorded their first win in their third game of the regular season Wednesday night at the Place Bell.

Jean-François Houle's men got a little revenge against the team that defeated them in the Eastern Conference final last season . The clash between the two powers had required a seventh game, which the “T-Birds” had won to slip into the Calder Cup final. They had been defeated there in five games by the Chicago Wolves.

Brilliant in the playoffs, Primeau regained his superb face against this rival. He blocked all 34 of the visitors' shots, but it was a duel between goalkeepers for a long time. On his side of the rink, Joel Hofer frustrated the Rocket players on 28 shots. He only gave in once, to Gabriel Bourque.

After a more cautious start in Laval last season, the latter seems to have found his comfort since he hit the target for the third time in as many games. Otto Leskinen made a dynamic entry into territory before returning to the Quebecer who was coming to the left of the net. The 32-year-old veteran let go a shot in the upper end that got the better of Hofer.

Bourque's net after four minutes in the third period finally made the difference, but the Rocket had even hit earlier.

Just ten seconds after the initial whistle, a shot from Danick Martel hit the outside of the net before ricocheting off the top of it. In the general confusion, as seven skaters surrounded Hofer's semi-circle, Brandon Gignac pushed the puck into the cage. Having awarded the goal, the referees finally changed their decision after consulting the video replay.

It all ended well for the Montreal Canadiens' school club, who confirmed their victory with the success in an empty net by defenseman Tory Dello.

The team will now travel to Pennsylvania to face the Wilkes-Barre/Scranton Penguins on Friday.