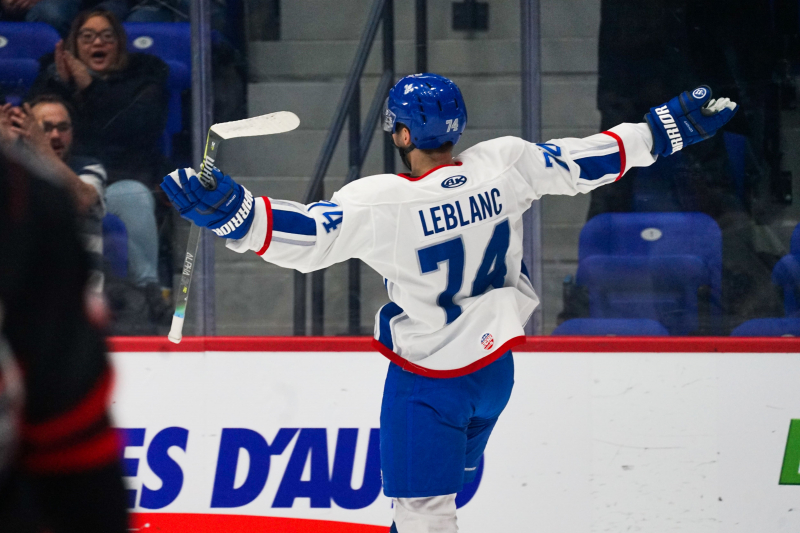 The Trois-Rivières Lions scored their first win of the season on Saturday at Cross Insurance Arena, beating the Maine Mariners 3-2.

Eric Bélanger's troops were thus able to avenge the 4-3 loss they suffered at the hands of these same rivals in their inaugural game on Thursday.

In front of the goal of the Trois-Rivières team, Montreal Canadiens prospect Joe Vrbetic tasted victory for the first time in his professional career. The 19-year-old goaltender, with an impressive 6'6″ size, stopped 32 of 34 shots for the Mariners.

It was forward William Leblanc, however, who opened the scoring with a spectacular move. The Drummondville resident knitted with the puck before falling to his knees and beating goalkeeper François Brassard with a precise shot into the top corner.

At the end of the game, Cameron Askew allowed the Mariners to believe it closing the gap to a power play goal. Vrbetic, however, closed the door afterwards, even if he was much more in demand than his vis-à-vis in the third engagement.

Matthew Santos is also the only other player to having cheated his vigilance.

The Lions and Mariners will complete this three-game series in Portland, Maine, on Sunday.