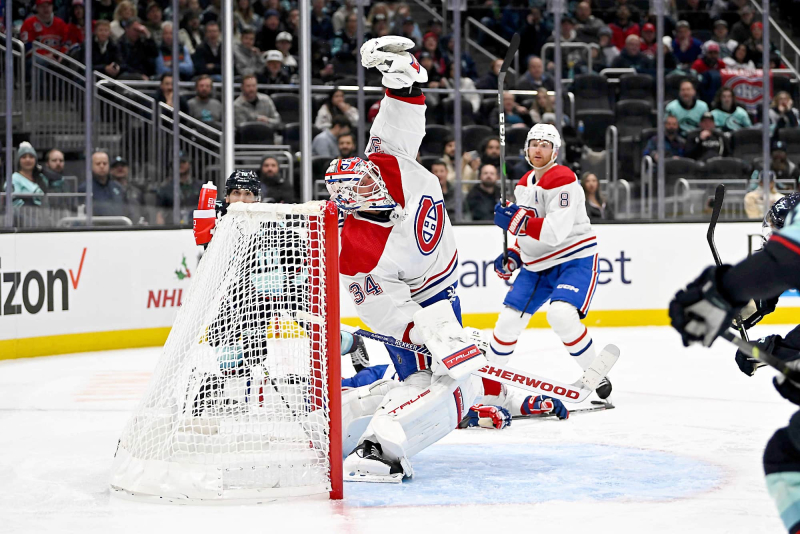 If it is true that travel trains youth, we can expect that the Habs players have come back grown from their journey of four meetings in the west of the continent.

Stops in Calgary, Edmonton, Vancouver and Seattle on their return from which they returned with five more points in the standings. Since since the beginning of the world, the objective has been to return from a trip with half of the available points, we can speak of a success.

And the beauty of the thing is that the men of Martin St-Louis were entitled to a few lessons without it costing them too much. For a coach who prefers, for now at least, to focus on progress and not on the result, we can say that the Habs have killed two birds with one stone.

The importance of discipline

What have the Canadiens players learned? First, that the Oilers should not be offered two-man power play. In fact, they already knew that. Connor McDavid and Leon Draisaitl just made sure to remind them as they each gave themselves a four-point night. We bet they won't be caught again.

They have also learned that goals at the end of the period are often fatal. Three times in those four games, the Canadiens scored a goal with less than 30 seconds left in the second period. And in Vancouver, there was 1 min 32 s left. Again, we were not far from the end of the period.

Consequently, the Montrealers often started the third period on their heels. Moreover, against the Flames, if Jake Allen had not been at the top of his game, the Habs would never have come out of Calgary with a victory.

Kovacevic must be careful

In this regard, we bet that Johnathan Kovacevic learned some lessons from his adventures at the end of the engagement. On two occasions, in Edmonton and Seattle, he was directly responsible for the reply made by the local club as the last seconds ticked away.

On each occasion, he got rid of the disc instead of keeping it or imprisoning it while patiently waiting for the end of the period. His first blunder, in Edmonton, had earned him criticism from his coach. “It was a disappointing goal. All games count. You have to be aware of how much time is left on the clock. On that, Kovy could have done a better job,” he analyzed after the defeat.

Author of the first goal of his career, against the Kraken, the 25-year-old defender still been able to come home with a smile.

Better management of the lead

At least in Seattle the Canadiens were able to convince themselves that they were capable of maintaining a two-goal lead , in the third period, even if a late net had revived the opponent before returning to the locker room.

He was thus able to redeem the difficult outing of the day before, in Vancouver, where the panic was was building as the Canucks rallied from a four-goal deficit.

“It was the same score as against the Canucks. But we handled it better. I was happy with our reaction and I'm very proud of the guys,” said St-Louis.

If they had missed this victory again, the men in blue-white-red would have had to ruminate on this other collapse for several days, the next game not being scheduled until Saturday, with the visit of Phillip Danault and the Los Angeles Kings.

For a young team like the Canadiens, confidence in probably would have taken a big hit.