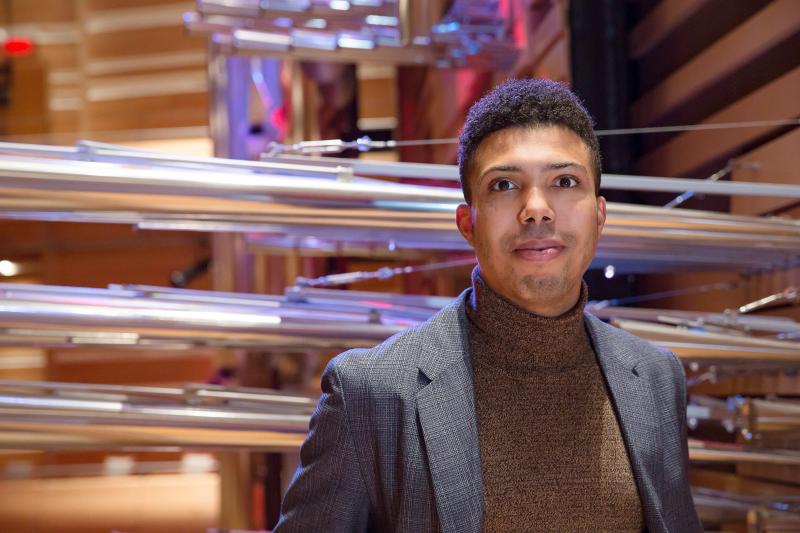 The Palais Montcalm is celebrating its 90th anniversary this year. American organist Alcée Chriss III will kick off the festivities on Sunday with a free concert.

A native of Texas, the virtuoso, considered one of the best organists of his generation, will offer music that will highlight the Casavant organ in the Raoul-Jobin room.

Classical pieces, transcriptions of works for symphony orchestra and a jazz component will be on the program. The event will start at 2 p.m. and reservations are not necessary. It's first come, first served.

Historian Réjean Lemoine will tell the story of the Palais Montcalm and anecdotes and highlights during a talk with Nicolas Houle, director of programming, before the concert of Alcée Chriss III.

The Palais Montcalm was inaugurated on October 21, 1932. The City of Quebec wanted to provide its citizens with modern sports and cultural equipment.

The musical ensemble performed there before moving to the Grand Théâtre in 1971. Opéra national du Québec presented productions there between 1948 and 1952 with Faust, Lakmé, Carmen, Roméo et Juliette >, Rigoletto and La Bohème.

Radio-Canada lived in the Palais Montcalm between 1944 and 1974. There was also a swimming pool and the library of the Canadian Institute.