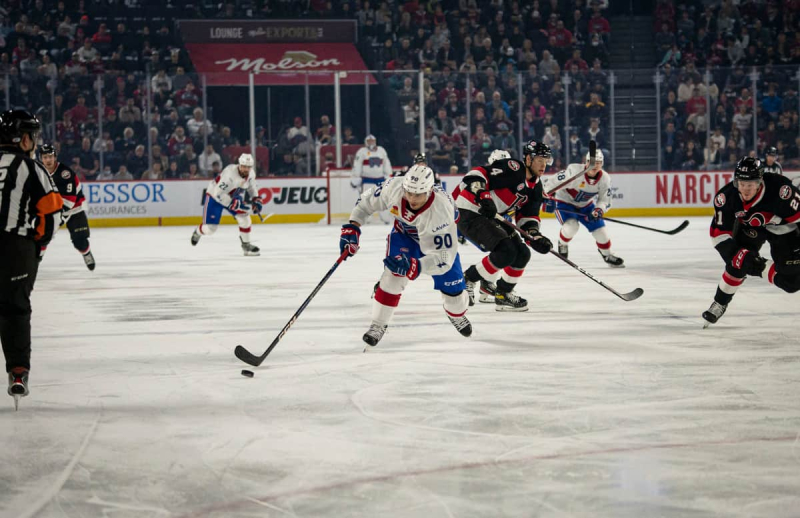 The Laval Rocket were well in control of their game against the Belleville Senators, but a burst of pride from the visitors allowed them to save themselves with a 2-1 overtime victory on Wednesday night , at Place Bell.

Tempers flared in the third period, when the score was 1-0 for Jean-François Houle's men. Senators captain Dillon Heatherington lunged at defenseman William Trudeau and a scrum ensued. It re-energized the visitors, who tied the game through Jake Lucchini moments later.

After two minutes of overtime, Scott Sabourin beat Cayden Primeau. This is the sixth win in eight games this season for the Ottawa Senators school club over that of the Montreal Canadiens.

Joël Teasdale had a rather busy start to the game. After receiving a double minor penalty for a stick carried too high, the Quebecer scored on the power play 10 minutes later. Peter Abbandonato served him a nice backhand pass and the left winger's shot was unmistakable.

Teasdale's presence on the ice, however, came to an abrupt end in the second period when he received a puck in the face. He was back in third, he who was finally cut in the forehead after the disc destroyed his visor. It could have been a heavy loss for the Rocket, as the 23-year-old has scored four goals in his last four games.

The local favorites' leading scorer, Anthony Richard, has almost scored his 21st goal of the year in the middle of the third period. However, it was with his skate that he pushed the puck into the net.

In front of the Belleville cage, Blainvillois Kevin Mandolese outdid himself with 33 saves on 34 shots. On the other side of the rink, Primeau stood up to 30 shots.

The Rocket will now head to Cleveland to face the Monsters twice, Friday and Saturday.