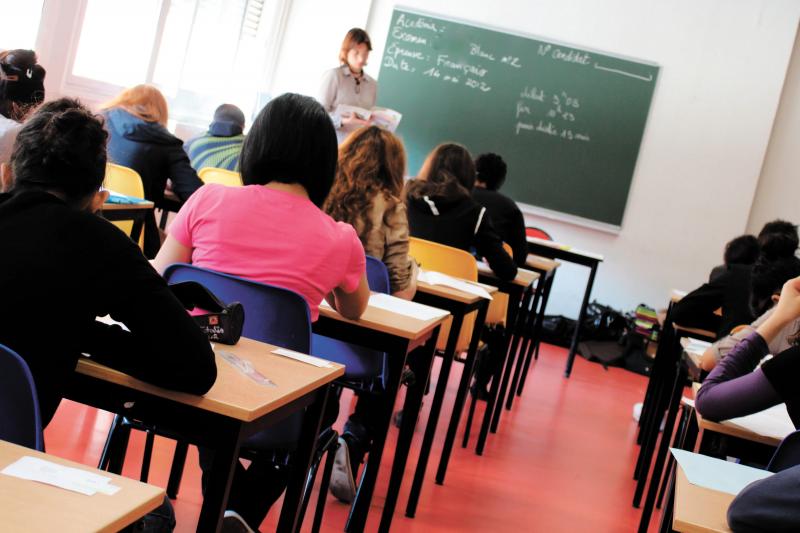 Quebec lacks teachers, like most OECD countries. While the causes of this shortage vary from place to place, one common factor stands out: teachers are not valued enough, even though their work is essential.

In France , the purchasing power of teachers has been halved in 40 years. With the equivalent of US$40,000 per year after 15 years of experience, they are among the lowest paid in developed countries.

Quebec professors earn the equivalent of US$72,000, with the same seniority, making them the third highest paid. Only Germany and Luxembourg pay their teachers more.

Yet in two years there will be a shortage of 26,000 teachers in Germany. It's because their status has changed and they've lost their tenure.

In general, teachers have to deal more and more with administrative tasks in addition to their usual tasks. In the United Kingdom, where teachers' salaries are low, a third of them complain of working unpaid overtime. More than 50% of teachers believe that their task has become unmanageable, at least at times.

The computer revolution is partly responsible for this extra work. Rather than lighten the workload of teachers, it transferred to them tasks that had previously been carried out by secretaries whose posts were then abolished. The same observation applies to several professional sectors.

Governments are also increasingly seeking to control the whole education process. Rather than just setting minimum targets and verifying their achievement at the end of the year, governments tend to reduce schools' room for manoeuvre. As if schools were all the same. Education systems should be decentralized.

In Quebec, schools are victims of an egalitarian ideology and the corporatism of the faculties of Education.

Thus, whereas in the past the classes were divided into enriched, regular and reduced students, the classes have become completely mixed. This mix is ​​obviously excellent for the weakest, but catastrophic for the remaining 80% and discouraging for teachers.

Egalitarianism also wreaks havoc in textbooks that aim for the lowest common denominator. For example, rather than systematically offering texts by great authors, textbooks at the elementary level offer children insipid, even silly texts. As a result, the students are bored and so are the teachers.

Faculties of Education, for their part, impose didactics courses on their students to the detriment of content courses, in French, sciences, etc. . Why ? To justify the pre-eminence of their diploma over those of other university disciplines.

In reality, university baccalaureate holders should be able to teach their subject in secondary schools, with just a few pedagogy courses. This system has worked very well for years.