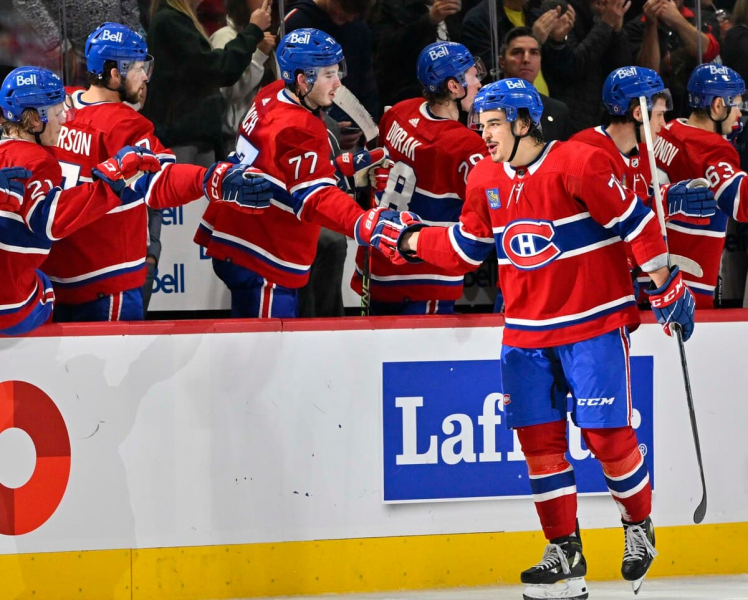 The Montreal Canadiens' efforts were insufficient against an excellent team from the Dallas Stars, who left the Bell Center with a 5-2 victory on Saturday night. Good ol' Joe Pavelski, who continues to fill National Hockey League (NHL) nets at a blistering pace, notably scored a hat trick.

It's even with four points as the 38-year-old veteran concluded his game, visibly dissatisfied with his hat-trick. Pavelski hit once per period. In the third period, he took advantage of the fall of his two roofers on a breakaway to beat Jake Allen and rain headgear for the seventh time in the regular season.

If Arber Xhekaj gradually becomes the ne of the favorites of Canadiens fans, it is above all thanks to its robustness. The burly defender does have a few aces up his sleeve, however, and he showed it by opening his scoring in the NHL.

In the second period, the Ontarian let go a shot from the blue line that s made its way into the cage defended by Jake Oettinger. Twenty minutes earlier, Xhekaj had served a superb pass in front of the net to Jake Evans, who came up against the big pad of the Stars goalkeeper. Mike Hoffman, passing by, was able to push the puck behind the red line, for his first goal of the season.

Oettinger did a very good job of frustrating the crowd favorites, with 32 stops. Allen, meanwhile, was beaten five times on 30 shots. Esa Lindell and Jason Robertson were his other torturers.

The CH will get a few days off before welcoming Marc-André Fleury and the Minnesota Wild to Montreal on Tuesday.