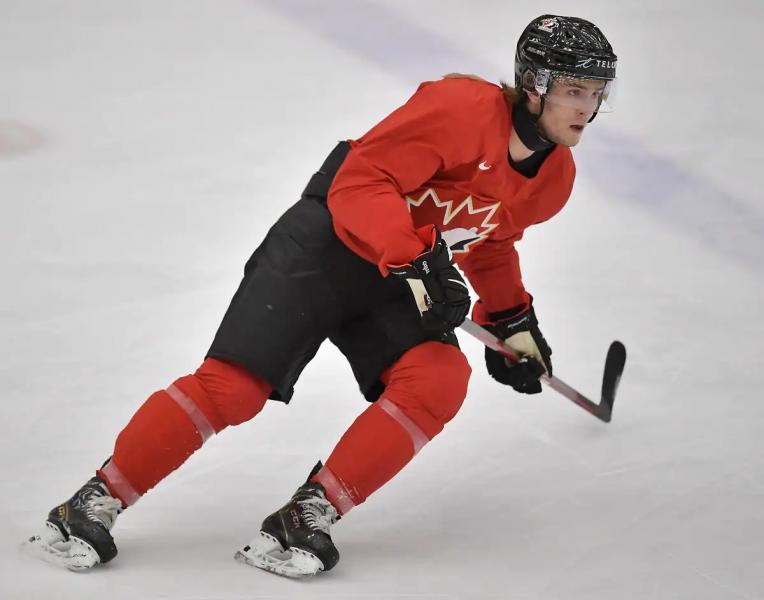 EDMONTON | The cancellation of the World Juniors last December due to COVID-19 will have deprived several players of international experience. For Joshua Roy, it is quite the opposite. Not only does he get an unexpected chance to represent his country but, in addition, he will do so on the first line of the team with Mason McTavish and Connor Bedard.

Cut off in December, the Sherbrooke Phoenix forward and Montreal Canadiens hopeful had, by his own admission, experienced a great disappointment.

“I was disappointed because it had gone really well, he said Monday evening, after the first and only preliminary match of the Canadian formation – a 4-3 victory against Sweden – before his official debut tomorrow. . At that time, I had given myself the objective that I wanted to make the team next winter. When I saw that the tournament was canceled [in December last], my goal changed and I wanted to carve out a place for myself in this one. I worked hard and when I heard the news, I was super happy.”

Things couldn't possibly have gone better for the Habs' fifth-round pick. The withdrawal of nine members of the original line-up last December allowed him not only to secure his place, but also – at first glance – to play an important role in it. Monday night against Sweden, he scored his fourth goal and was used in offensive missions playing with McTavish and Bedard at five against five, in addition to being employed on the second wave of the power play.

For now, it is obvious that Hockey Canada has confidence in the young Beauceron.

“It’s a big challenge for me. I am placed with two very good players who are probably the two best prospects here. However, I don't worry too much about it. I play my game and it's not for nothing that I'm on the first line. I spoke to the coach and he liked the way I practiced. All I want to do is play my style, work hard and help my teammates score goals.”

Nothing taken for granted

However, even if Joshua Roy should start the first official game of Team Canada junior, Wednesday against Latvia, on the first unit in attack, he takes nothing for granted. Head Coach Dave Cameron made it clear that there would be roster changes throughout the competition. acquired. I must continue to work as I have done so far.”