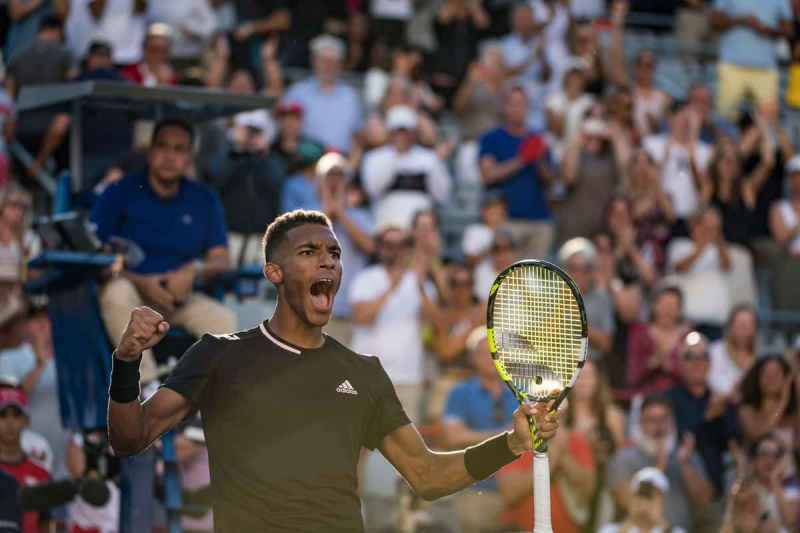 Former coach of Félix-Auger Aliassime, Guillaume Marx is in no way surprised by the recent successes of the young Quebecer.

The year 2022 is the most fruitful of the 22-year-old athlete's career. But before getting their hands on the crown in Rotterdam, Florence and Antwerp, “FAA” had bowed out in its first eight finals on the ATP circuit.

According to the performance manager of Tennis Canada, Auger-Aliassime, however, did not change his style of play or his approach to finally lift trophies.

“I don't think there's really any change,” he said over the phone. I think that after a while, luck ends up smiling. I think that at the beginning of the year, following the momentum of the ATP Cup that he won [with the Canadian team], it gave him a small percentage of additional confidence.

“His level simply improves. I think there is no more problem for him with the finals.

As a matter of fact, Auger-Aliassime participated in four finals in 2022 and only lost to the excellent Andrey Rublev in Marseille. On other occasions, he never conceded more than four games in one set, easily defeating Stefanos Tsitsipas, J.J. Wolf and Sebastian Korda.

Encouraging for the Montrealer, who did not never reached the semi-finals of a Grand Slam tournament.

“I think it's a matter of time,” said Marx, who was Auger-Aliassime's instructor until 2020. I am convinced that Félix will win a Grand Slam in the next two years.”

In order to qualify for the ATP Finals, “FAA” continues the tournaments of the ATP250 series. He will also be heading to Basel, Switzerland, on Tuesday for the Swiss Indoors event.

These slightly less demanding competitions allow the Quebecer, who still participates as the seeded , to face opponents who are a little less well off.

“I think it's a good thing, a good choice that he made, indicated Marx. Physically, he is really well prepared. Chaining matches like this, really, is what boosts confidence.”

Besides, despite his victories and his flourishing popularity, Auger-Aliassime still displays the same humility.

“Frankly, his personality has not changed and it's really good like that, concluded his ex-coach. I think he's someone who has remained very simple in what he does, always committed to his process. It means that it is possible to reach the highest levels while remaining the same.