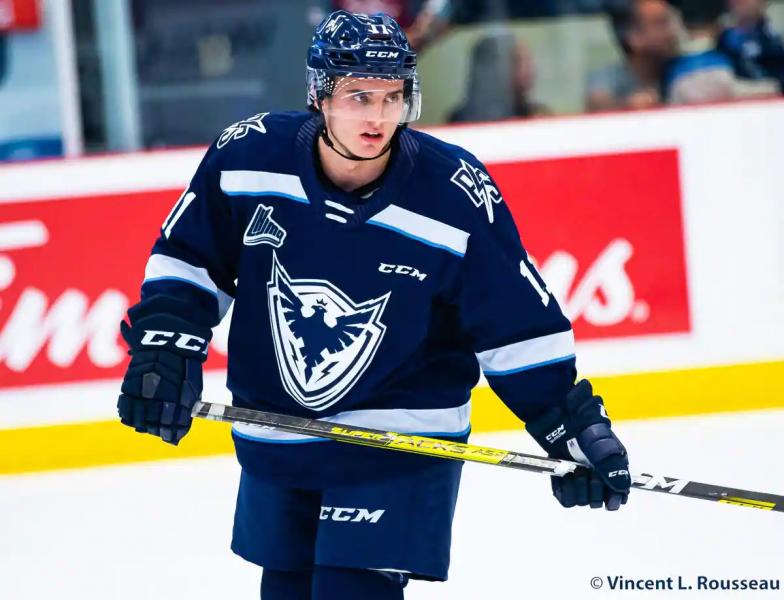 The New Jersey Devils will be the first opponents of the Montreal Canadiens during the preparatory calendar, Monday, September 26 at the Bell Center, and this may be an opportunity for some young Quebecers to experience unforgettable.

For the moment, the Devils announced, Thursday morning, the identity of the players present at their training camp.

If the Slovak defender Simon Nemec is the talk of the town, he was chosen second overall behind his compatriot Juraj Slafkovsky in the recent draft, a few Quebecers are also among the Devils' hopes.

Among the 31 attackers invited to the camp, Xavier Parent remains a particularly interesting case. The former Sherbrooke Phoenix captain, who was never drafted, signed a professional contract with the Utica Comets of the American League last July.

Now 21, Parent has been a part of the game for the Phoenix this past season alongside Canadian prospect Joshua Roy. In 65 regular season games, Parent scored 51 goals, the same number as Roy, and totaled 106 points. There was a time when the CH organization was also very interested in Parent, but the Devils first reached an agreement with him.

Forward Samuel Laberge, 25, will also try to attract the attention of the big club. The former Océanic de Rimouski has already worn the colors of the Comets, in the American League, last season. On the blue line, Jérémy Groleau is part of a brigade of 18 defenders at camp. The 22-year-old skater also learned his trade with the Comets and previously with the Binghamton Devils.

Among veterans, goaltender Jonathan Bernier is a natural part of the Devils roster. He is accompanied by six other goaltenders at camp, namely: Vitek Vanecek, Mackenzie Blackwood, Nico Daws, Isaac Poulter, Akira Schmid and without forgetting the young Tyler Brennan, selected in the fourth round in the 2022 draft.