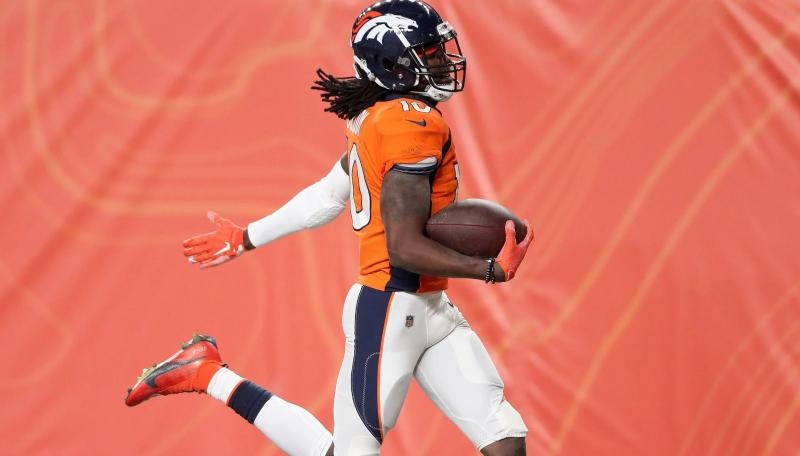 Denver Broncos wide receiver Jerry Jeudy can't hide his enthusiasm for the 2022 season and he believes his team will be able to save the chestnuts from the fire thanks in particular to quarterback Russell Wilson.< /strong>

The latter was acquired from the Seattle Seahawks in March and he will have the mission to bring his new team back on the path to success. Last year, the Colorado squad finished in the basement of the NFL's American Conference West Division with a 7-10 record. Also, the division will be very competitive and the pivot-star had better shine with all its fires so that his people have a chance of qualifying in the playoffs.

On the other hand, Jeudy seems very optimistic on this subject .

“Every detail counts with him,” he told ABC's local network of the marquee quarterback. Just seeing how hard he works and how focused he is when he's on the pitch or in front of the play pattern board, you learn a lot. You realize that it is really solid. He's a great quarterback and I'm excited to play with him. It will be very pleasant and I believe that we will bet on an explosive club. We got all the necessary pieces, so it's mostly just getting them in place and I'm glad that's going to happen.”

Indeed, the Broncos will have interesting ammunition on offense with receivers Courtland Sutton, K.J. Hamler and Tim Patrick, as well as running backs Melvin Gordon and Javonte Williams. For his part, Jeudy hopes for better times after being plagued by an ankle injury and COVID-19 in 2021; he had 467 yards on 38 receptions without scoring a touchdown.

Nevertheless, Wilson's performance should be everything in Denver. The 33-year-old athlete completed 64.8% of his passes for 3,113 yards, 25 majors and six interceptions last season.