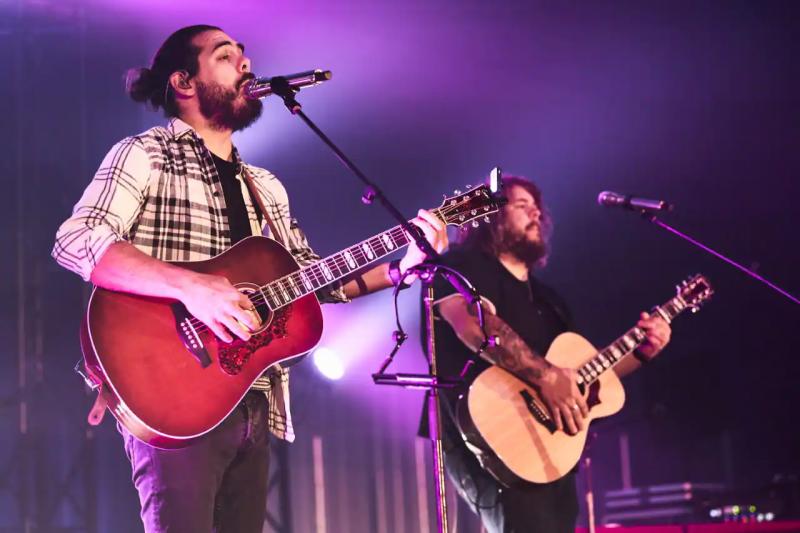 Quebec artists never add Blanc-Sablon to their touring schedule. And for good reason: located 2,300 kilometers from Montreal, the village has neither a performance hall nor technical equipment. But last Saturday, two planes were chartered to bring all the equipment, a team of about fifteen people as well as Sara Dufour and 2 Frères for the first major show in its history.

“It takes three days to go and do an hour and a half of show! exclaims Sara Dufour happily on the other end of the line. Nearly 300 people attended his performance and that of 2 Brothers, i.e. a quarter of the population of Blanc-Sablon.

And it was quite an event for the village, which never presents shows, apart from a few local artists. If its people want to catch a show, the closest place is in Corner Brook, Newfoundland, a six-hour drive away. “But they are mainly Anglophone and country artists,” said City Councilor Danny Gaudreault.

“Because of the distance and the costs, it really wouldn't be profitable for us to to present,” he adds.

“It makes me vibrate”

This time, Blanc-Sablon was able to afford such an evening because the community won the Ville en musique competition in August, from Sirius XM, which assumed all the costs. All the necessary equipment, including a sound system, as well as a technical team made the round trip from Saint-Hubert airport to transform their recreation center into a performance hall.

“People were very happy and they really appreciated it. It was almost an intimate show,” said Mr. Gaudreault, who was in attendance last Saturday night.

The show by Sara Dufour and 2 Frères delighted the inhabitants, but also the artists, who were recognized by everyone they met in the village, even the English speakers who mostly live there. “I met a French-speaking lady who told me that she never listened to music in French”, says Sara Dufour.

“It's another reality, we feels like you're on another planet,” she adds. It's really impressive and it's beautiful. Me, the further it is, the more I trip. The fact that I am a local girl has allowed me to connect more easily with people. There is something when it is far away that is of the order of adventure and that makes me vibrate. »

Sara Dufour went to meet young people from the only French-language school in the region.

The singer even went to visit young people in the only French-speaking school in the region to share her passions. “I told them about the National School of Song. Maybe there is a young person who did not know that there was a specialized school for singer-songwriters, and who will say to himself: it is possible to do that. »