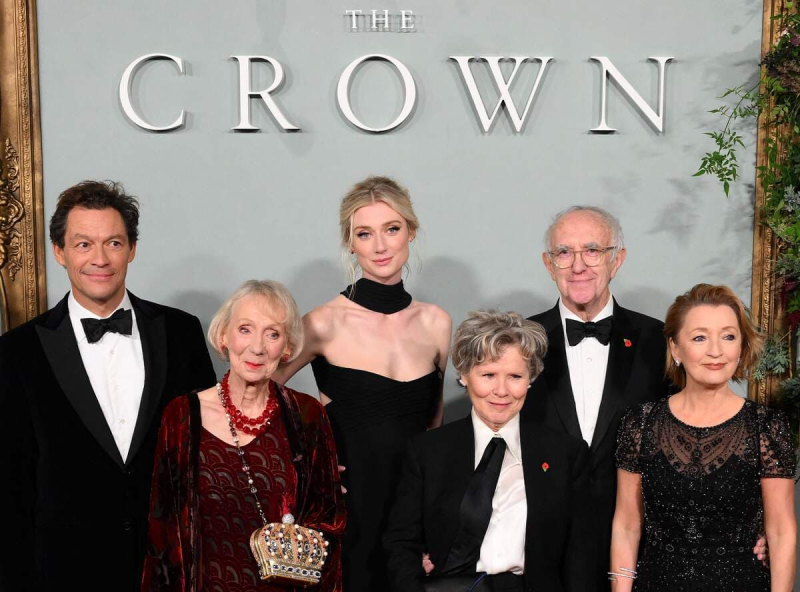 With its impressive production budget, “The Crown” series should be flawless, which it has often been since its debut on Netflix in 2016. The teams are not immune to mistakes, however, which is the case in the most recent season, the fifth, the one that focuses on the 1990s, a decade during which the British royal family was quite shaken.

Subscribers of Netflix are fuming in England over a misprint that slipped into an episode where Queen Elizabeth II, played by Imelda Staunton, gives a speech near a milk tanker that reads: 'Morecombe', while it is rather the town of “Morecambe”, a seaside resort in the city of Lancaster, in Lancashire.

Started the new series of The Crown. Enjoyed The Queen’s visit to the Lancashire town of ‘Morecombe’ 😳 pic.twitter.com/wAl5VFG9gf

On social media, followers of “The Crown” went wild, telling the team, “you didn't think we'd notice?” Another spoke of a schoolgirl mistake, “Hello!” magazine reported.

This penultimate season of the saga of the British royal family focuses in particular on the divorce of Prince Charles – now King Charles III – and Princess Diana. We will have to wait until next year for the sixth season, in which we will witness the sad end of Lady Di, who died in 1997, in a violent car accident in Paris.

Former British Prime Minister John Major, who is played by Jonny Lee Miller in the fifth season, complained as much about the veracity of a meeting as he allegedly had with Prince Charles about the latter's eagerness to become king. Mr. Major refuted this scene, saying it is pure fiction. Prince Charles, now 74, finally had to “wait” 30 more years before becoming king, he who ascended the throne on September 8. His mother, Elizabeth II, died of old age that day at the age of 96. She will have been queen for 70 years, seven months and two days.