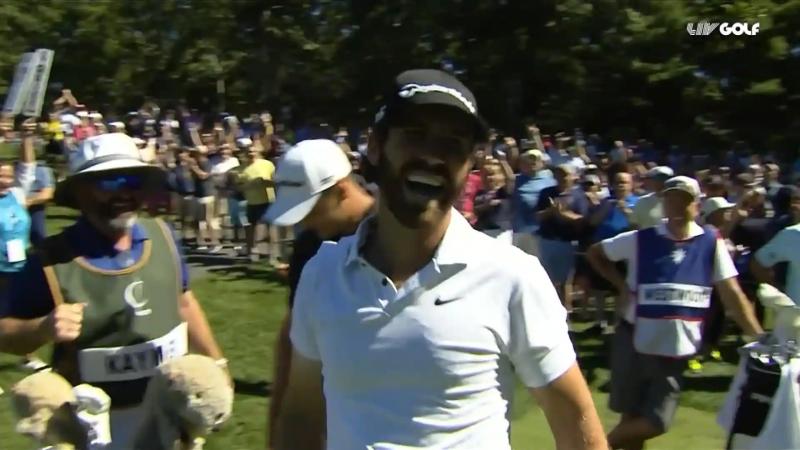 American golfer Matthew Wolff scored the first hole-in-one in the young history of the LIV Tour on Friday at the tournament presented in Boston, Massachusetts.

This feat was ultimately a precursor to the success of the Californian athlete, who took the lead after being the only one to subtract seven shots from par 70.

MATTHEW WOLFF HOLE IN ONE

In front of an ecstatic crowd, the California athlete catapulted his tee shot at the second pennant, from a distance of 178 yards, directly into the bottom of the cup after taking two small leaps.

He achieved the feat in his third appearance in a tournament on the circuit financed by a Saudi public investment fund. At the end of July, he tied for second in the event held in Bedminster, weeks after finishing eighth in the Portland competition.

Just behind the leader of the solo ranking, the new star of the LIV circuit, Cameron Smith, shone in his debut. He returned a card of 64 (-6) to take second place, tied with Talor Gooch and Joaquin Niemann.

The quarter of the 48 golfers in contention are above par . Among the biggest hitters taking part in the event, Kevin Na (66) and Louis Ooosthuizen (66) held their own during the height of the race, while Patrick Reed (69), Bryson DeChambeau (69) and Brooks Koepka ( 70) got off to a modest start.

The winner of this competition will get their hands on a $4 million purse, while the winning team will split $3 million.

-The last two rounds of this tournament will be broadcast on TVA Sports 2.