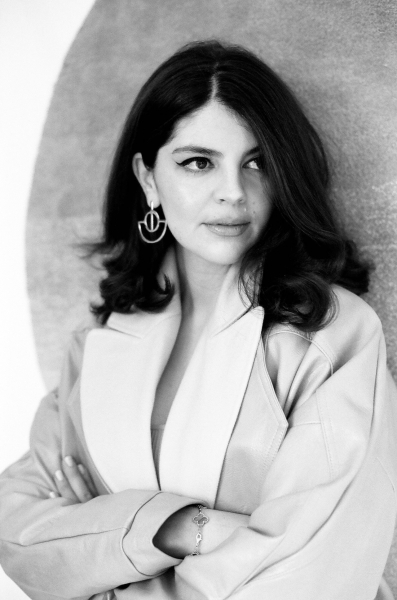 After trying out soul sounds on the album Turn Down the Sound, Nikki Yanofsky returns to her old loves . With her new album Nikki by Starlight, the 28-year-old Montreal singer revisits 15 jazz standards.

“It's like coming home. I'm good there and I want to stay there,” she said in a telephone interview.

On Nikki by Starlight, on the market since October 21, we find titles like I Get a Kick out of You, I Get Along Without You Very Well, C'est si bon , Comes Love, How are you? and They Say it's Spring. Plays written or popularized, among others, by Frank Sinatra, Chet Baker, Billie Holiday and Miles Davis.

It was in the midst of a pandemic, in October 2020, that this return home was initiated.

“We couldn't put on shows. Everything was closed. It made me take a step back and ask myself what I wanted to do with my life, my career, and see what made me happy,” she explained.

Nikki Yanofsky had just released the R&B opus Turn Down the Sound.

“An album that I love, but I was wondering what 'there was in front of me,' she mentioned.

In confinement, the singer listened to a lot of music. This is when jazz came back into his life.

“I constantly listened to the songs Stella by Starlight and It Never Entered my Mind by Miles Davis. There was a day in the fall of 2020, while taking a long walk, to put things into perspective, when I realized that I was sulking about my love for jazz. It was then that I returned to my roots. It was, for me, something simple and natural,” she said, adding that her voice was more suited to jazz.

Nikki Yanofsky admits that it was not easy to choose the 15 titles that can be found on Nikki by Starlight.

“It was so difficult. I managed to boil this down to a list of about fifty songs that I like to listen to. There are several that I have set aside with the intention of coming back to them later. I chose the ones that I think might interest people for my return to jazz. I wanted to have a balance with classics, songs a little less known that I wanted to sing”, she indicated. Songs that she sang, at the start of her career, sticking to the original versions and imitating her heroes.

For her return to jazz, Nikki Yanofsky intended to offer her songs in new packaging. In her communications with pianist Paul Shrofel, with whom she co-produced the album, she hummed new vocal scores and offered ideas for melodies.

“We did it very quickly. He read my thoughts. Yes, it can be daunting coming up with new arrangements for these classics, but jazz, on the other hand, relies on creativity and improvisation. Nor did I want to redo what had already been done. It was important to give people a reason to go listen to my versions,” she remarked.

On Nikki by Starlight, she sang into a microphone similar to that used by Frank Sinatra and Ella Fitzgerald. An RCA & C Vintage.

“It's a microphone that captures all sounds without modifying them too much and which brings an even more personal touch”, she said.

Nikki Yanofsky was 11 when she made her debut at the International Jazz Festival. It was June 2006.

“I was more of a soul singer. I was listening to Stevie Wonder, Aretha Franklin and Motown. I was not very jazz. I thought maybe it was a good idea to find out what it was. I typed jazz into iTunes and Ella Fitzgerald's name came up first. I heard his voice. Something clicked,” she said.

And the rest, as she so aptly put it, is history.