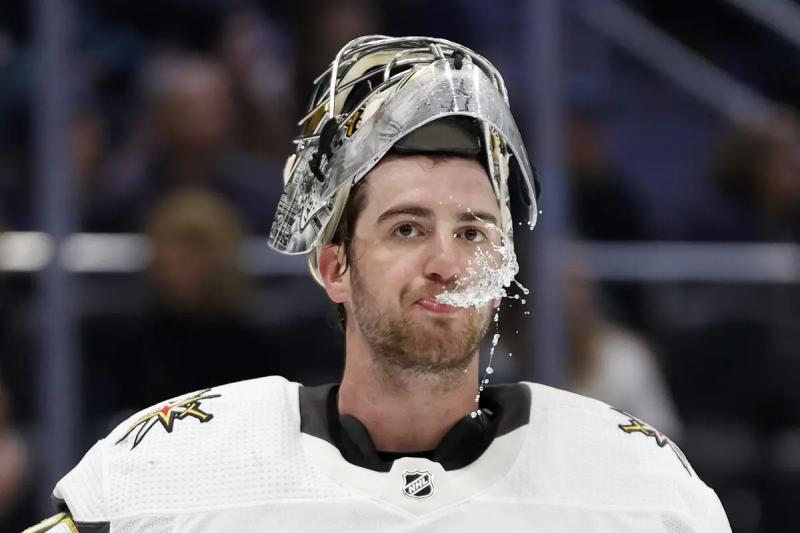 With the absence of Robin Lehner, Logan Thompson will have plenty of room to take over as the No. 1 goaltender for the Vegas Golden Knights.

Lehner had surgery on one hip and would have to go under the knife again to treat the other. The Nevada club does not expect to see him in action this season. Laurent Brossoit also underwent similar surgery, but his convalescence is already well underway, so he represents an uncertain case for the first game of the campaign.

The other goalkeeper of organization, Michael Hutchinson, is a 32-year veteran who frequently shuttled between the National Hockey League (NHL) and the American League.

With his 10-5-3 record, 2.68 goals-against average and .914 save percentage in 19 games with the Knights in 2021-22, Thompson starts in a leading position to be the head coach Bruce Cassidy's trusted man.

“It’s a job to lose, obviously, the pilot also indicated on Thursday, according to the official NHL website. And then we'll have the other goalies behind him ready to take over because you can't play every night in this league; I do not believe that. And that's how we're going to manage Logan's [use time] and hopefully he'll be up to the task.”

Lehner had surgery in August; the announcement was made a fortnight ago, almost a month after the free agent market opened. Thus, the options were made few for the Knights.

However, if the general manager Kelly McCrimmon is well aware of this situation, he considers himself happy with the players in place.

< p>“It's interesting that everyone asked us to add a goalkeeper or expected us to find a goalkeeper,” McCrimmon said. We've been talking internally and we love these two guys. We had a lot of conversations with our goaltending coach, Sean Burke, and head coach Bruce Cassidy. [Thompson and Brossoit] deserved it, I think they deserve this opportunity.”