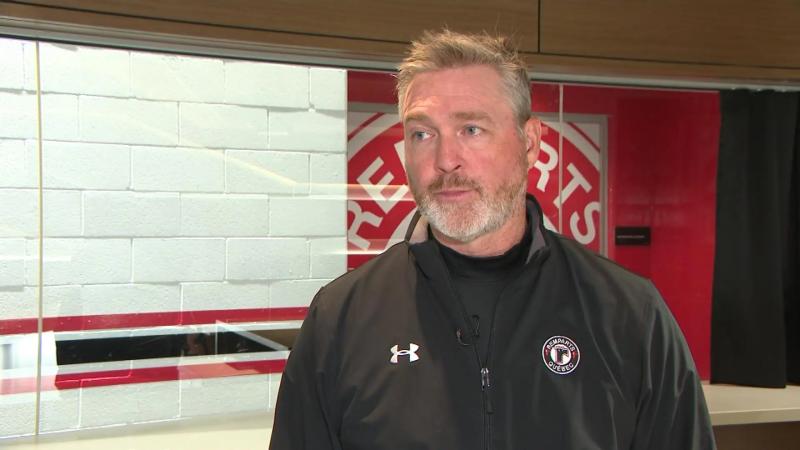 Patrick Roy is not putting his head in the sand: the 2022-2023 season will most likely be his last behind the Quebec Remparts bench. And the succession plan is already well underway.

After a period of reflection which allowed him to realize that he wanted to return to conclude the cycle started with the current core of players, Roy is back and, a few hours from the official start of their season, tomorrow evening against the Saguenéens of Chicoutimi, he assures us that he always enjoys working with young people.

He does not hide the fact that the arrival of Simon Gagné as assistant coach and advisor to the general manager allows him to breathe a little better.

“I am aware that this will most likely be my last season, but sometimes things can change. The arrival of Simon means that we can prepare the succession, as the Blues had done with Ken Hitchcock and Mike Yeo at the time. We have a plan in mind, but everything will depend on what Simon feels like doing. In the end, it is he who will make his decisions.”

As the Remparts explained when he was hired, Gagné will spend the season working with Roy in order to familiarize himself with the life of head coach in the QMJHL who, before joining the team, led his son at the pee-wee.

Then it will be up to him to decide if the QMJHL adventure is made for him and, if so, a scenario where Gagné would take control of the Remparts as soon as next season, with Roy continuing as general manager, would be a very strong possibility. either, projecting oneself into the future too quickly.

“I think at the end of the day, Patrick is going to decide. Many think it will be next year, but he will decide. He's here to stay if he wants. He did not hide that, quietly not quickly, he will leave the coaching position. It will take someone to replace him. For my part, I come here to learn every day. I will never embark on something that I don't 100% love. So far, that's the plan I have in mind. I appreciate what Patrick and Jacques have offered me, and we'll see for the future.”

One thing is certain , Gagné was quickly put in the bath. On September 10, in a preseason game against Shawinigan, he had to take control of the bench by a show of hands at the end of the first period after Roy was ejected after a dispute with an official.

“I liked that! It wasn't like I had all day to think about it, to prepare and the nervousness was on board. There, the nervousness lasted a fraction of a second and we had to get down to business. […] We had our full line-up. As a coach, you don't want to be taken advantage of by the coach on the other side, that you get on your fourth line and he's his first and you look crazy. It was to watch this. It comes quickly, but I really liked it. In addition, the victory felt good.»

But that's just training camp. Starting Friday, Gagné, who had to put his involvement in minor hockey on hold due to the workload of his new role, will really be able to take full measure of what being a coach entails. leader in the QMJHL.

But for now, Patrick Roy says he is very encouraged by what he has seen.

“I think he can bring a lot to the team. I see him quietly taking on more and more responsibilities and it's not me who's going to hold him back. I feel that he is more and more comfortable. On the other hand, we are just at training camp. When we fall into travel, that's where Simon will see if that's what he wants to do in the future.”