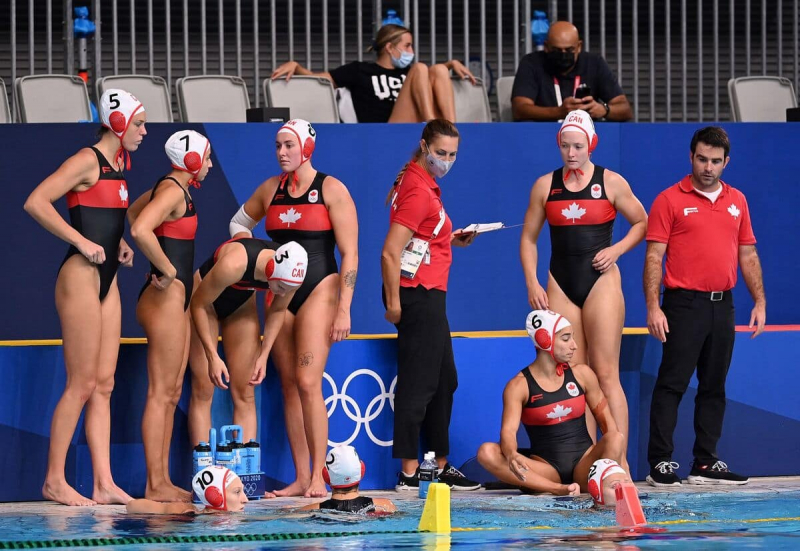 According to the TSN network, the four women, Sophie Barron La Salle, Katrina Monton, Stephanie Valin and “A.A.”, filed their official statement in the Superior Court of the Ontario on April 29. Their document was shared with Water Polo Canada on Thursday.

In the document, the complainants detailed some of the acts committed between 2004 and 2016 by former Water Polo Canada coaches and staff.

It is the federation that is officially prosecuted for having encouraged a toxic climate within its ranks. Four men, Baher El Sakkary, Daniel Berthelette, Pat Oaten and Guy Baker, are nevertheless mentioned for their reproachable acts.

“It was a culture marked by anger, violence, bullying, sexual abuse, body shame, pressure to drink under age, and alcohol abuse. Every adult male coach has taken advantage of the power imbalance between themselves and the young female athletes under their care in order to achieve high performance outcomes at the expense of the physical, psychological and emotional well-being of the athletes,” can -we read in the lawsuit, still according to the Canadian media.

Berthelette is said to have repeatedly threatened to be violent towards athletes or their family members in order to obtain results in the pool. The assistant coach is also said to have expressed the wish to have sex with several players in order to “determine whether they were lesbians or not”.

Oaten, meanwhile, is the current coach of the men's national team, he who led the women's program from 2002 to 2012. He reportedly minimized injuries or ailments to athletes and openly discussed his sex life.

Baker, the instructor from 2012 to 2014, would have already ranked the team members in order according to his beauty criteria. He was said to be very critical of the performance of the players, constantly reminding them that he could let them down at any time.

The names of several other people were mentioned in the report for not having intervened after the denunciations of the players. They say they have to deal with the physical and emotional consequences of the abuse, but also with suicidal thoughts, memory problems, panic attacks and problems trusting others.

Water Polo Canada has adhered to the most recent version of the Universal Code of Conduct to Prevent and Address Maltreatment in Sport (CCUMS), which dates from 2019. On its website, the federation says it is “committed to all its athletes and all people involved in the sport from all forms of abuse, harassment, intimidation or discrimination.”

The organization has not officially commented on the case or filed a countersuit. All four players will be represented by Toronto law firm Gillian Hnatiw & Co.