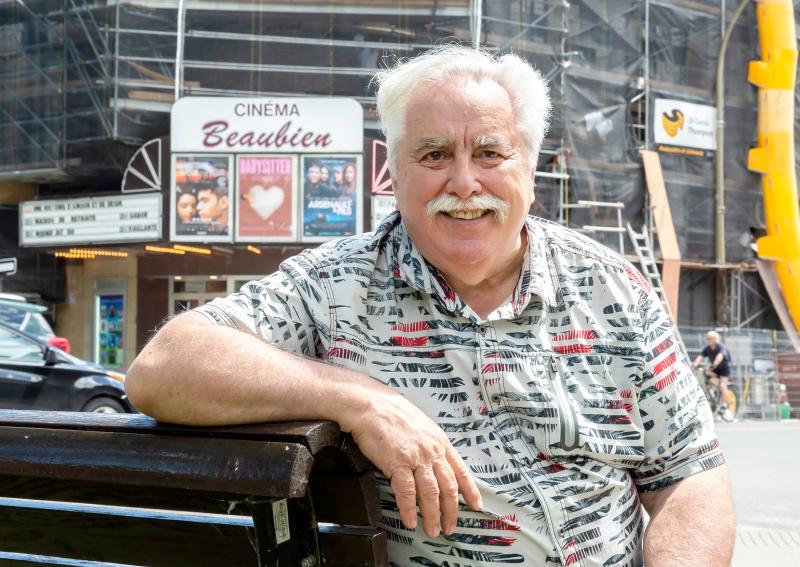 After devoting nearly 50 years to promoting local cinema, Mario Fortin will step down as general manager of Beaubien, Parc and Musée cinemas on December 17, the day before his 70 eanniversary. One of the main architects of the safeguarding of Cinéma Beaubien, twenty years ago, the manager assures that he will retire with peace of mind. “Of course it will make my heart ache, but I am proud to leave a company that is healthy and in good financial condition,” he confided in an interview with > Journal.

You have been working in the film industry since 1973. What was your first job?

“It was as assistant director at the Seville cinema, at the corner of Sainte-Catherine and Chomedey, next to the Forum. At the time, we presented The melody of happinessin 70mm. Having seen it for 13 weeks, three times a day, five days a week, I can say that I know it by heart! I was then transferred to several cinemas in the west of the city, before obtaining a promotion at the headquarters of the chain [Famous Players]. I was in these offices for 15 years to learn everything, before going to work in particular at Telefilm Canada, at the World Film Festival and in a few distribution boxes. »

The relaunch of Cinéma Beaubien is certainly one of your greatest accomplishments. How did you end up on the establishment's safeguard committee in 2001?

“When the people of the neighborhood wanted to organize themselves to save the cinema [then called Cinéma Le Dauphin], they went to see the people from the CDEC Rosemont–Petite-Patrie, which was just opposite. The CDEC (Community Economic Development Corporation), whose mandate was to help start-up businesses, told them to get organized and make a business plan to create an NPO. It was someone around the CDEC who talked about me saying that I had already worked in cinemas. They called me and I took the contract to prepare their business plan. As a joke, I often say that I wrote myself a job. While preparing their business plan, I wrote: it takes you someone like me to run the cinema. Afterwards, when the NPO was created, they offered me the job, and that's how I got on board. »

Quebec cinema has always occupied a large place in the programming of Cinéma Beaubien. You could even say that it is the engine of the establishment…

“In 20 years, the only years when it worked less well were the years of crisis in Quebec cinema: 2013, for example, was painful for everyone and especially for us. At Beaubien, Quebec cinema represents about 40% of our attendance. The rest is 40% for French films and 20% for foreign and mainly European films. »

« The documentary < em>What's Left of Us holds the record for longevity, having been shown in a theater for a year. It was exceptional. Otherwise, Monsieur Lazhar, our last film to be presented in 35 mm, was in theaters for 13 weeks. C.R.A.Z.Y.was number 1 in our theaters for a long time.

As we know, the pandemic has been very difficult for cinemas. What is the attendance like at the Beaubien at the moment?

“As we have a slightly older clientele than that of the large cinema complexes, it took a little longer to come back. Currently, we are driving at 75% of June 2019, which is the last comparable period before the arrival of the pandemic. What is very encouraging is that attendance is constantly increasing, at the rate of 5% per month. I predict that by the end of the year, we will be back as before. »

What are you most proud of?

« My three grandsons! I am delighted to know that the oldest, at 11, goes to see films alone with his friends. Otherwise, I remember that, when we were working on the business plan for Cinéma Beaubien, we went knocking on the doors of certain people who had a well-stocked wallet to find out if they wanted to invest in this project. Someone told me: your business will never work and you will never be rich. He was right because I do not own the building or the company, because it is an NPO. I replied by telling him that I may never be rich, but that I will be happy. And that's what happened: I'm not rich, but I'm in good financial shape. And above all, I leave very happy! »