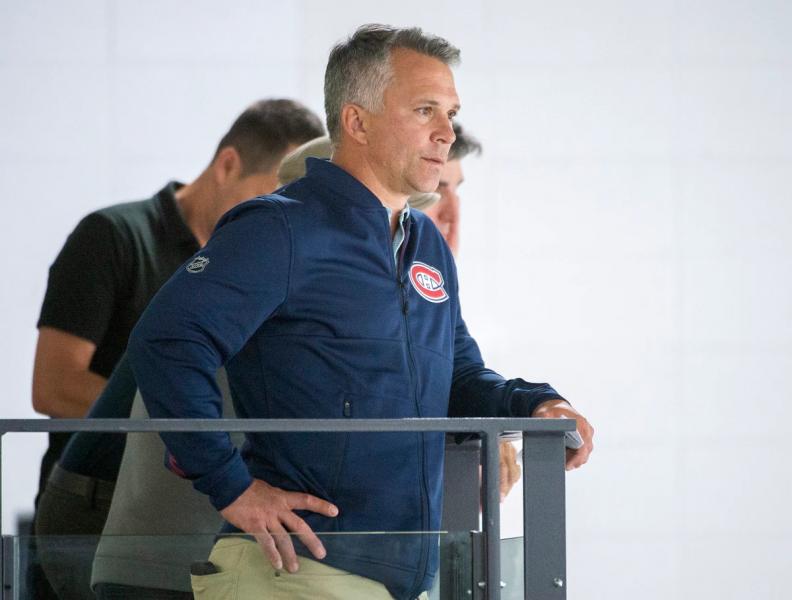 The organization has not yet revealed the information relating to the opening of the camp, which will open after that of the recruits, the conclusion of which will be Tuesday afternoon in Brossard. Having appeared in two of three first-year tournament games held in Buffalo, forward Juraj Slafkovsky will find himself in the spotlight by virtue of his status as the No. 1 pick in the most recent National Hockey League draft.

Already, the public may be entitled to a taste of his performances during the traditional intersquad game, Sunday, at the Bell Centre. The game between the Reds and the Whites, which usually takes place under the eyes of several thousand fans, will be the last rehearsal before the start of the preparatory calendar.

Also, the eight exhibition games on the schedule should give the Slovak plenty of time to show off his skills, as well as goalkeepers Jake Allen, Samuel Montembeault and Cayden Primeau to convince the organization to give them plenty of time. play at the highest level. It will all begin with the visit of the New Jersey Devils on Monday, September 26: if his compatriot Simon Nemec makes the trip, Slafkovsky will finally be able to realize his “dream” of tackling him along the strip. In a press briefing a few days ago, number 20 made this joke about his friend who was chosen second in the 2022 amateur auction.

Two days later, the Canadian will visit the Toronto Maple Leafs in an evening where the local organization will mark the 50th anniversary of the Series of the century. The men of head coach Martin St-Louis will reconnect with their fans the next day when the Winnipeg Jets play without a captain this season.

Thereafter, the Bleu-Blanc-Rouge will get to know the new version of the Ottawa Senators. Four of the last five meetings of the preseason calendar will take place against the club having added important elements such as Claude Giroux, Alex DeBrincat and Cam Talbot this summer. The two teams will battle it out on Saturday, October 1 at the Canadian Tire Centre, then the following Tuesday at the Bell Centre.

Then they will head to eastern Canada for two matches presented as part of the Kraft contest Hockeyville, October 6 and 8, respectively in Gander (in Newfoundland and Labrador) and Bouctouche (in New Brunswick).

Furthermore, the Canadiens and surely many fans will not follow not to the minute the unfolding of the provincial elections on the evening of October 3. Indeed, the Leafs, with or without Auston Matthews, will arrive in town.

These, this time most likely with the defending winner of the Maurice-Richard Trophy, will be back in Montreal for the start of their season, October 12.